In the wake of the announcement that former Harper-era cabinet minister Jay Hill is taking over the leadership of Wexit Canada – a political party whose goal is the separation of the four most western provinces from the rest of Canada – we polled Canadians on what they thought of this platform. 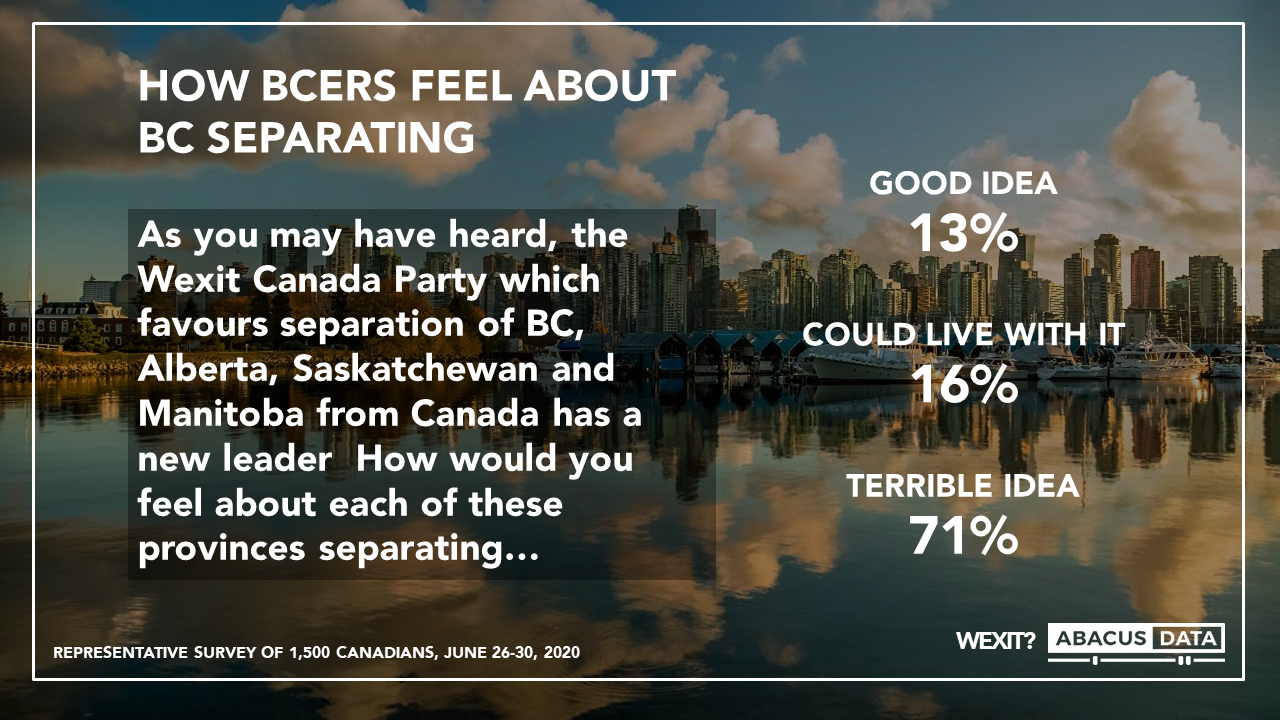 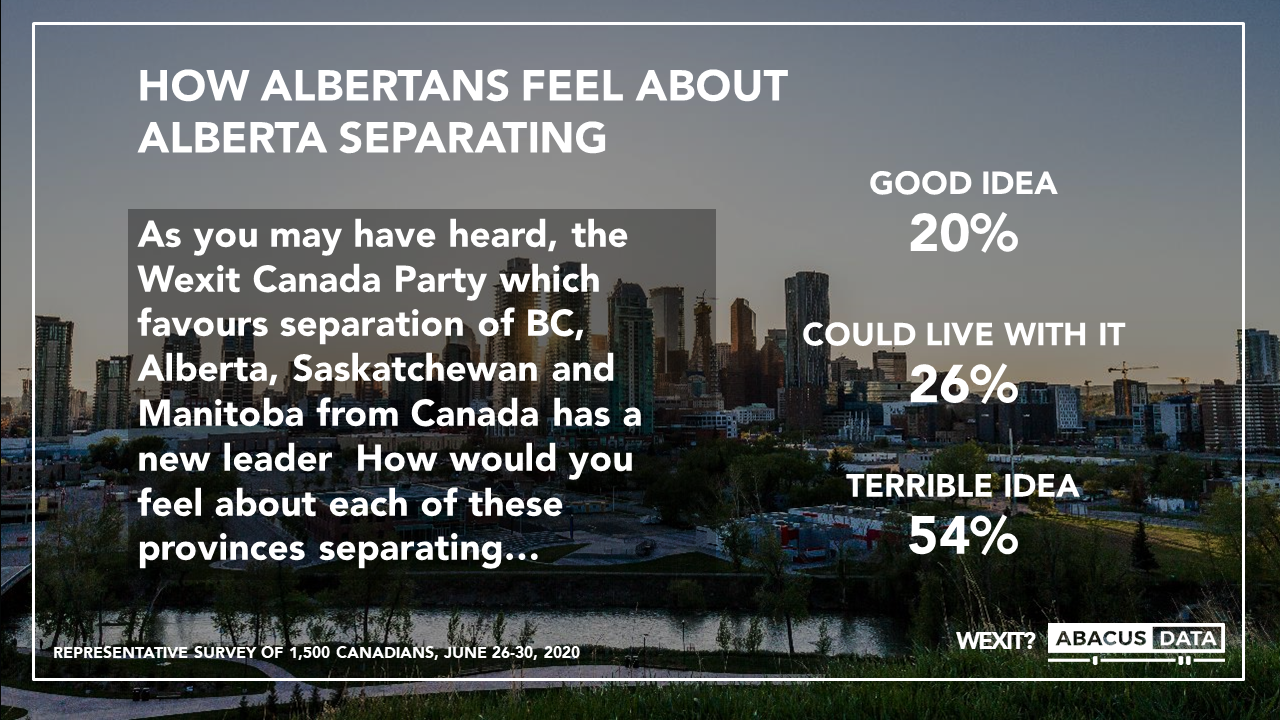 • Results about Manitoba separating are almost identical to those about Saskatchewan: 9% like the idea, 28% could live with it, and 62% say it’s a terrible idea. 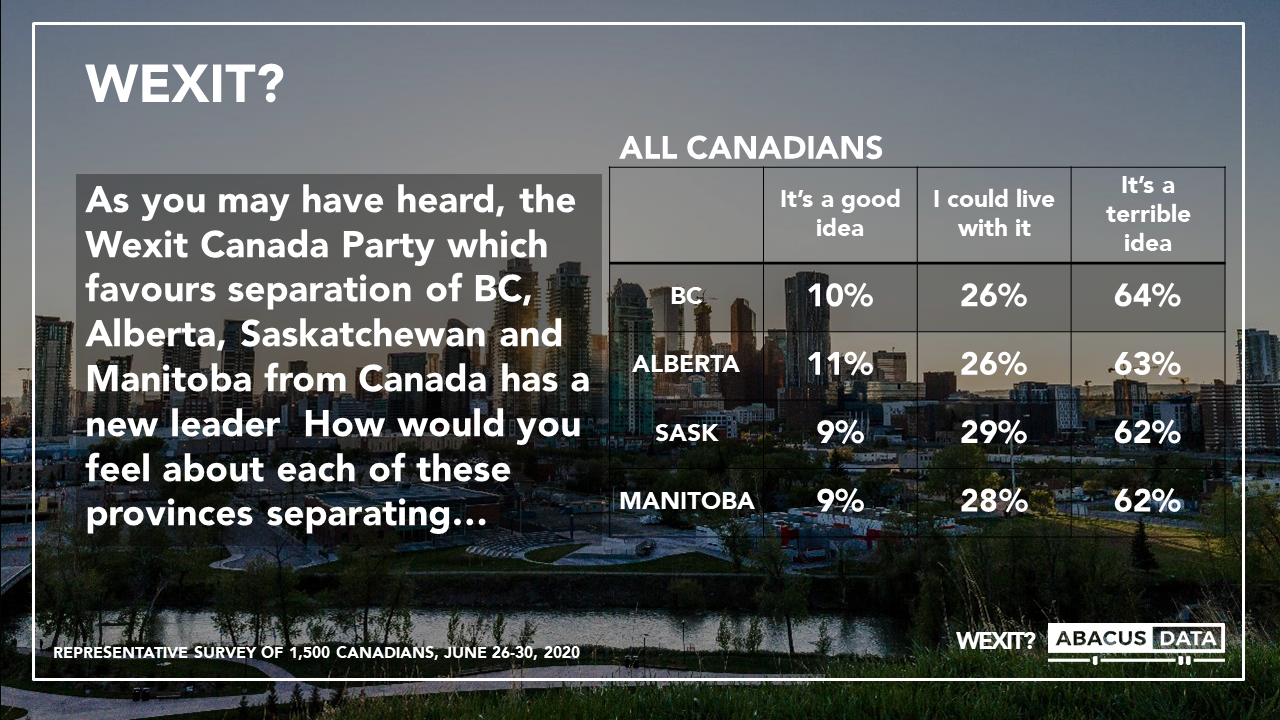 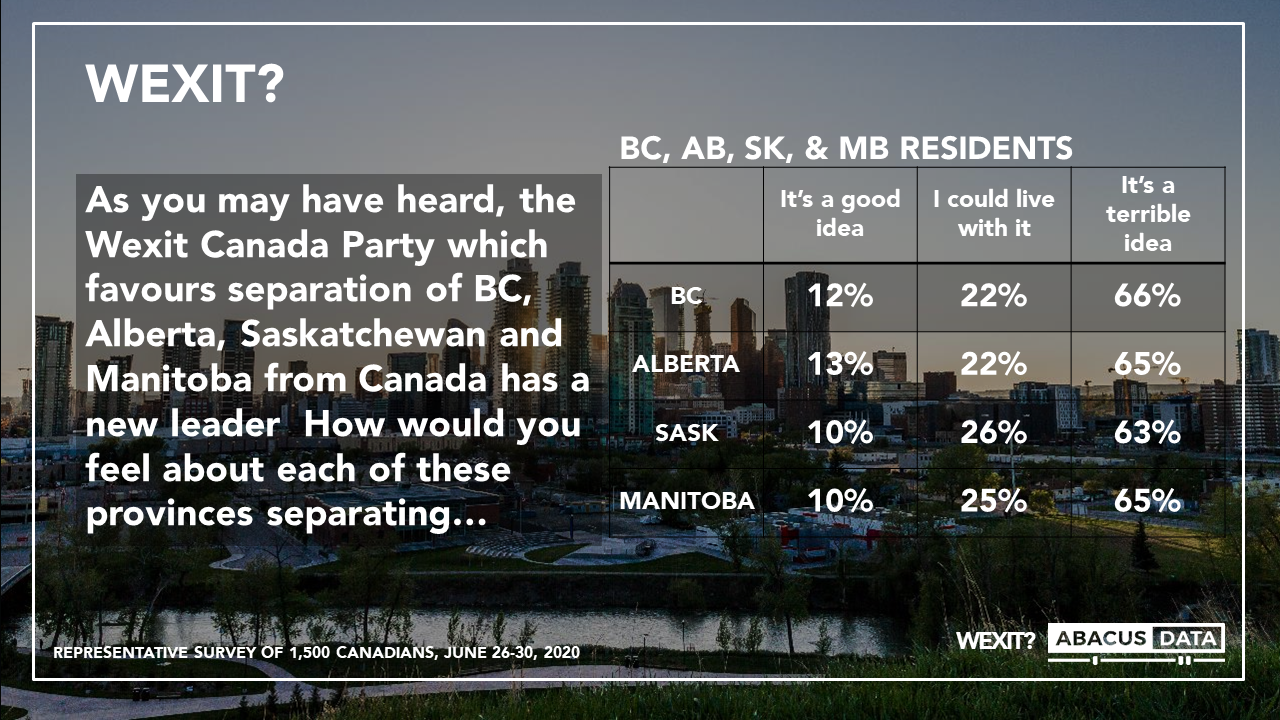 • For all four provinces, Quebecers show a higher than average willingness to go along with separation, undoubtedly reflecting the fact that many people in Quebec have favoured Quebec separation at one point or another. 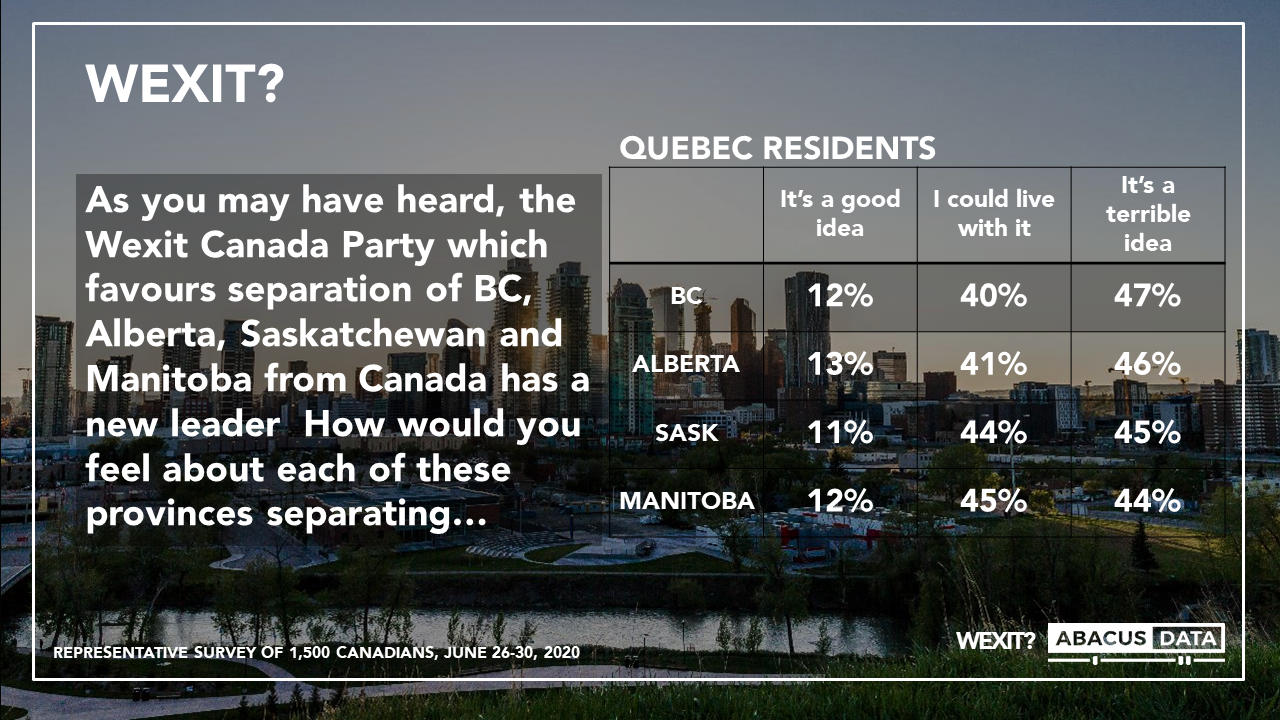 • 7% of those living across the four western-most provinces think it would be a good thing if all four western provinces separated. Among that group, in 2019, 81% voted Conservative. 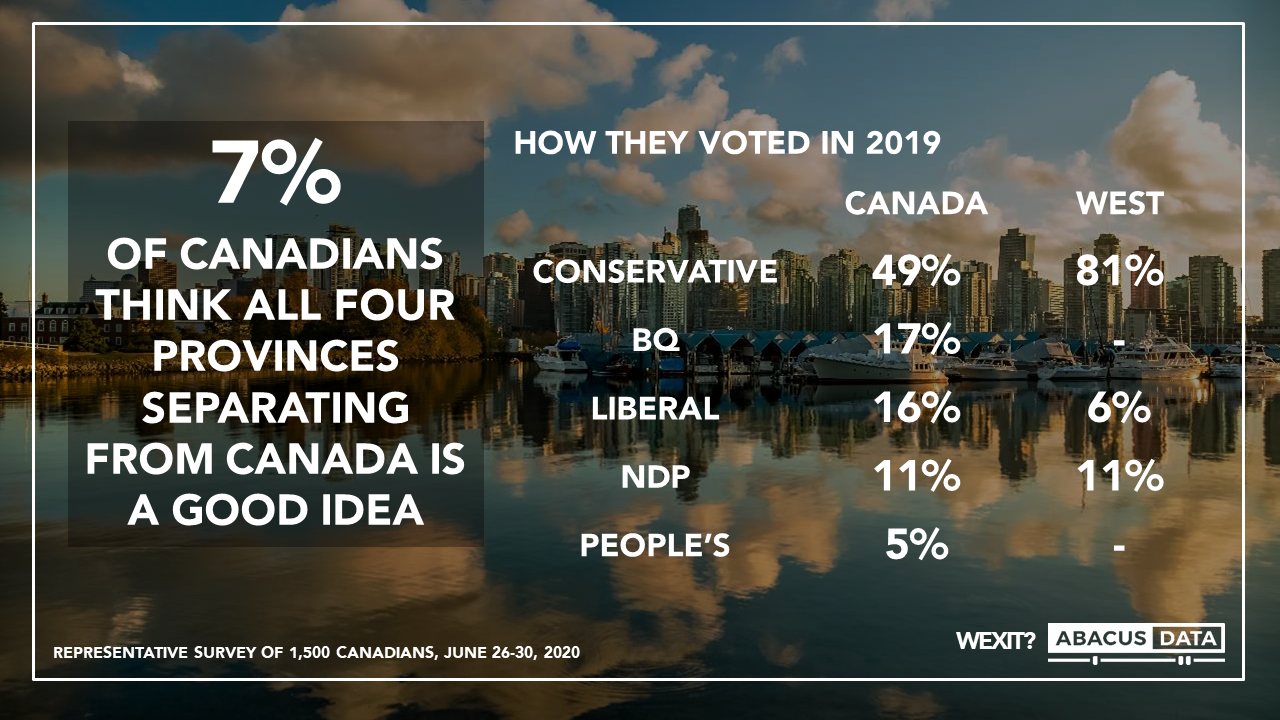 Western separation continues to find limited support but some potential acquiescence. Based on current sentiments there are enough advocates and enough strong opponents to imagine a spirited debate – but actual support for the concept is confined to a small minority.

Those willing to go along with the idea are not saying they would vote to support it, and the experience in most referendums is that an idea needs to start which considerably more than 50% support to finish above that level.

If there is a political consequence in the nearer term it may be the potential for this party, under Mr. Hill’s leadership, to drain support from the federal Conservative Party. Every vote he picks up hurts the Conservatives far more than any other party. The combination of a People’s Party, a Wexit campaign means the next federal Conservative leader will need to decide early whether to take a hard pro-Canada line against Mr. Hill’s effort or acknowledge the legitimacy of separatism in an effort to hold it’s base together.

The survey was conducted with 1,500 Canadian residents from June 26 t0 30, 2020. A random sample of panelists were invited to complete the survey from a set of partner panels based on the Lucid exchange platform. These partners are typically double opt-in survey panels, blended to manage out potential skews in the data from a single source.

The margin of error for a comparable probability-based random sample of the same size is +/- 2.8%, 19 times out of 20.

As Conservatives Choose and the NDP Race Heats Up, Where Things Stand in Canadian Politics.
WHAT DO WE LOOK FOR IN A POLITICAL LEADER?
Canada's political mood as 2018 comes to an end
Tags: Canadian politicsWexit