Here’s what the survey found:

In the last five weeks, we’ve noticed a strong 12-point upswing in the number of people who say the country is heading in the right direction, from an ebb of 33% on April 21st to today’s level of 45%. Perceptions of how things are going in the rest of the world and in the US are also moving up during this period, which suggests a strong linkage with the improving outlook about the COVID-19 pandemic. 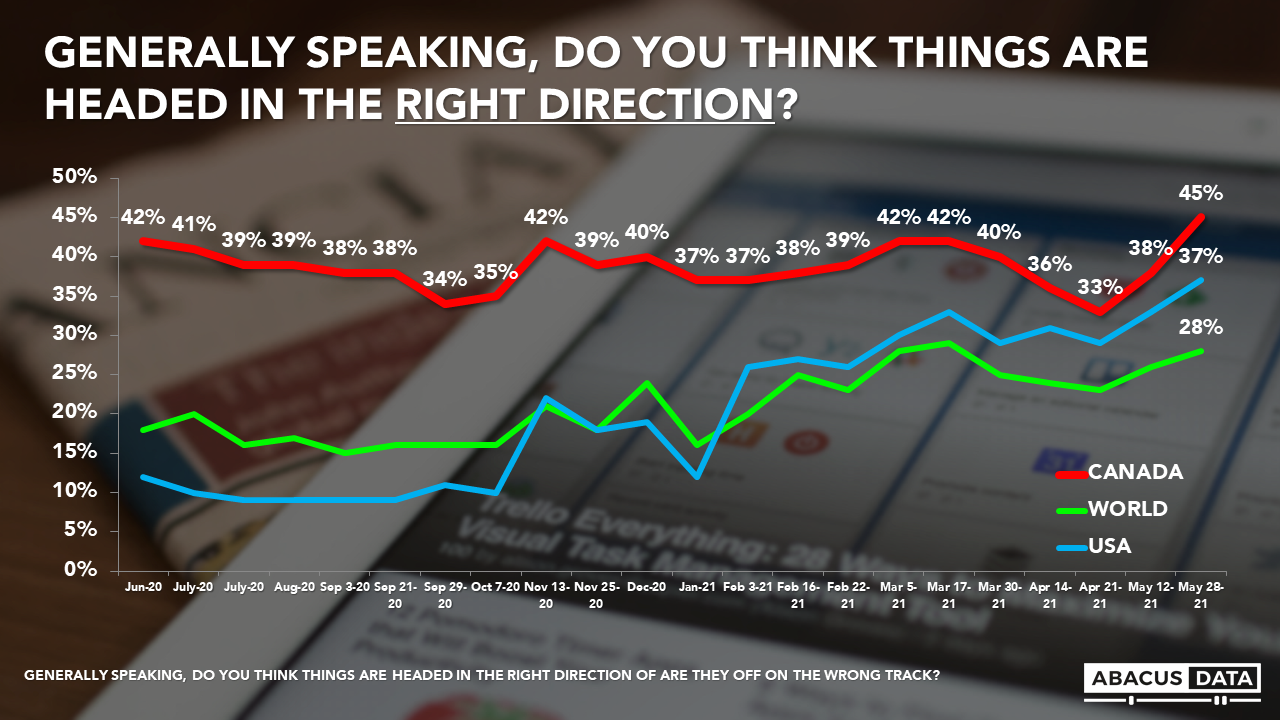 Here in Canada, we’ve seen a striking 25-point climb in the number of people willing to believe that the “worst of the pandemic is behind us. This perception – held by 41% – is by far the highest measure of optimism we have seen since the pandemic began.

The rise in optimism likely has a lot to do with the fact that many people are getting vaccinated. Those who’ve had at least one shot are 7 points more likely to say the country is going in the right direction, and 5 points more positive in their overall assessment of the federal government.

Federal performance on “getting vaccines delivered to Canada in a timely fashion” now finds more people (40%) giving the government excellent or good marks than offering poor or terrible ratings (30%). The remaining 30% give the Trudeau government an “acceptable” rating. This is a 15-point improvement in a 6 week period. 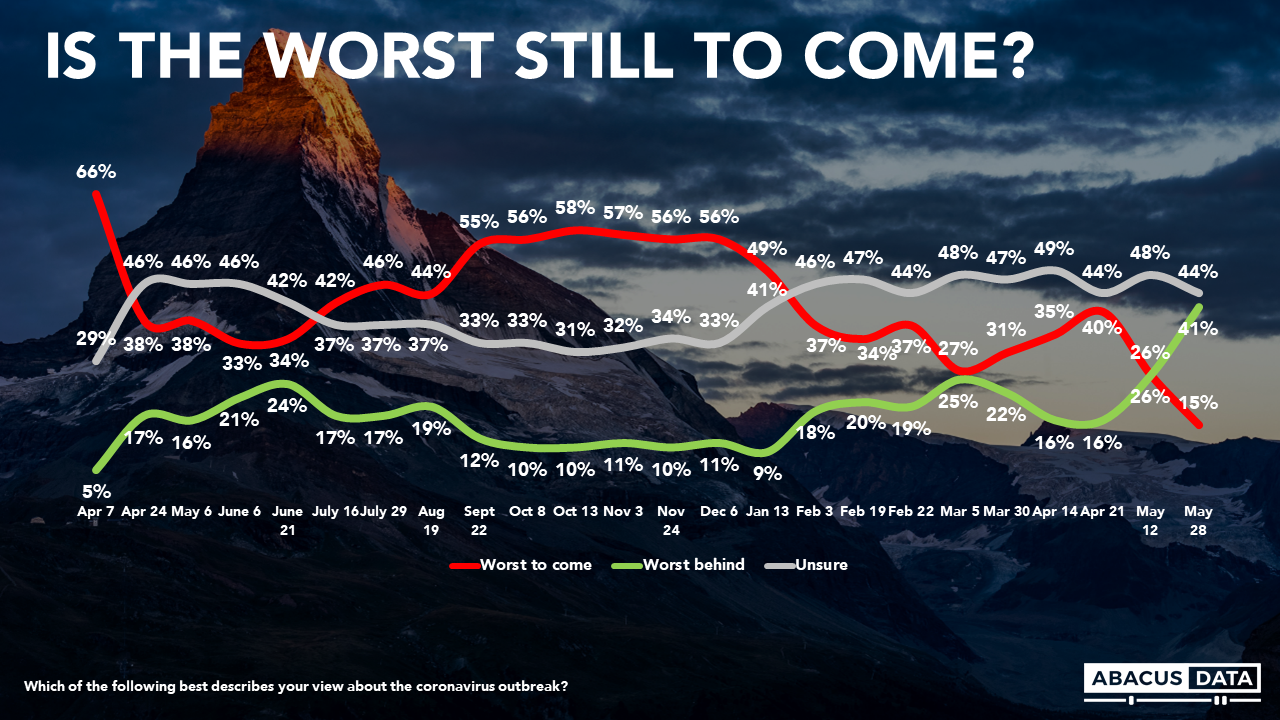 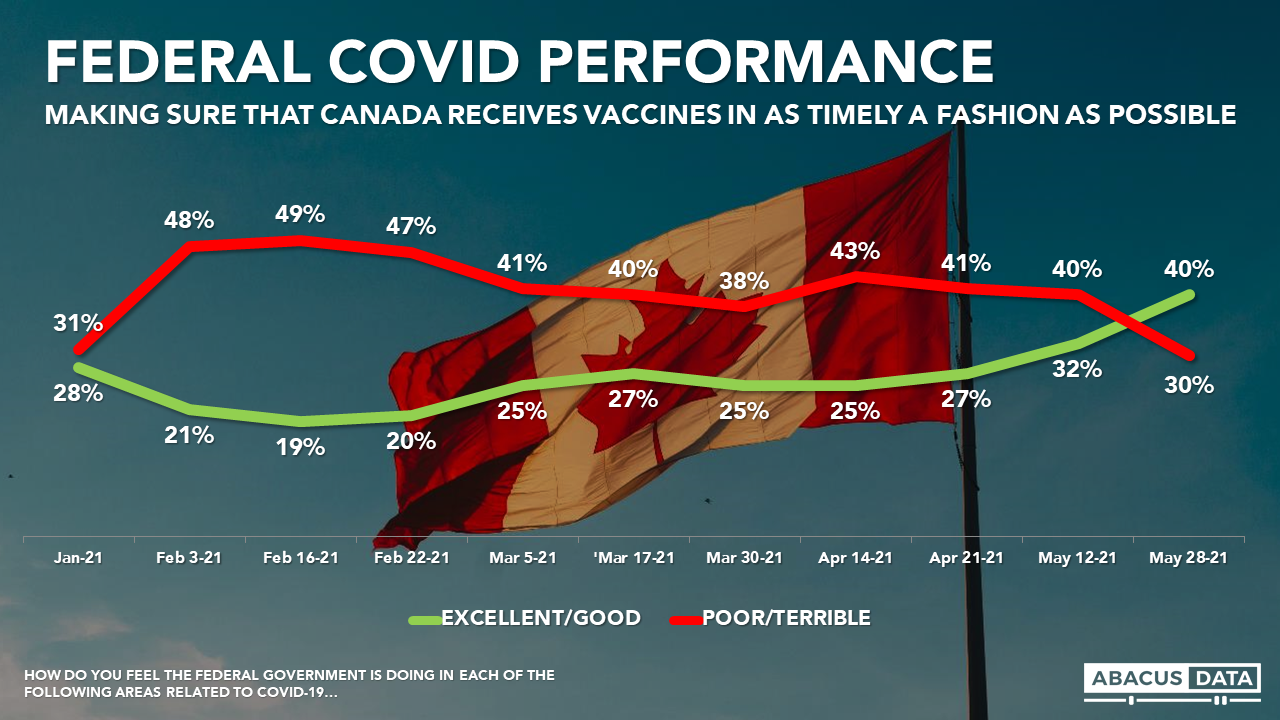 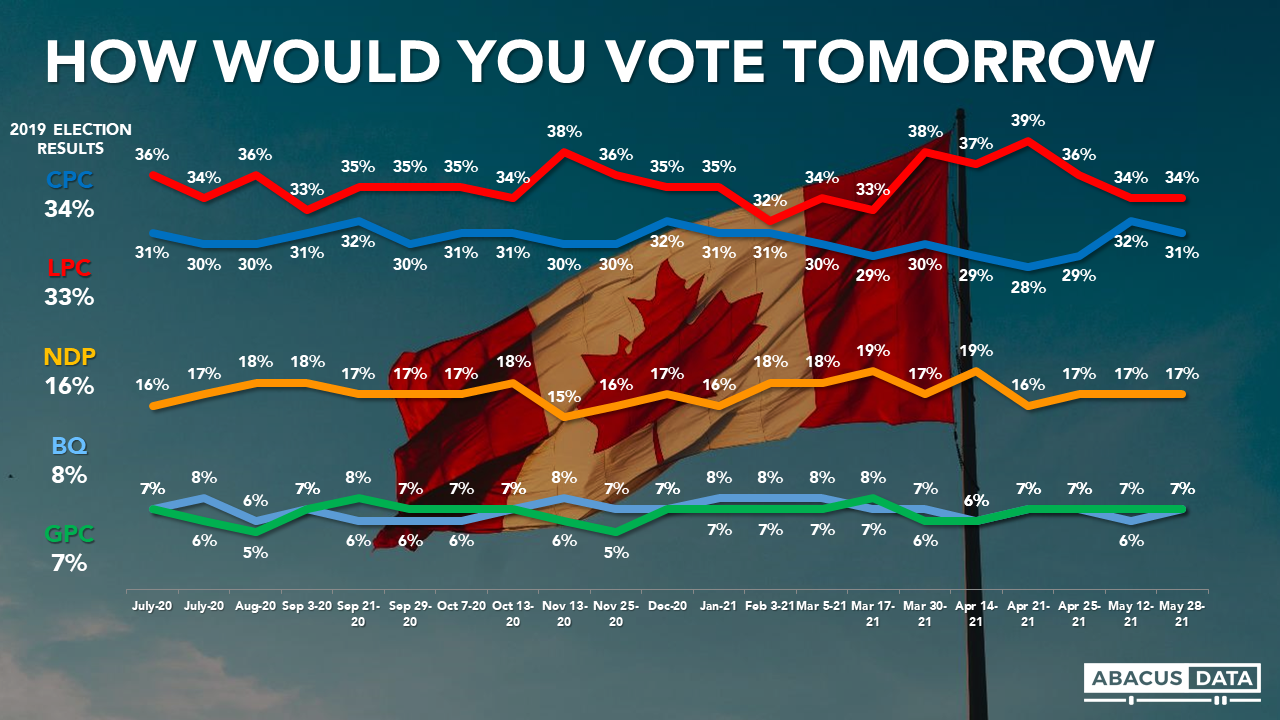 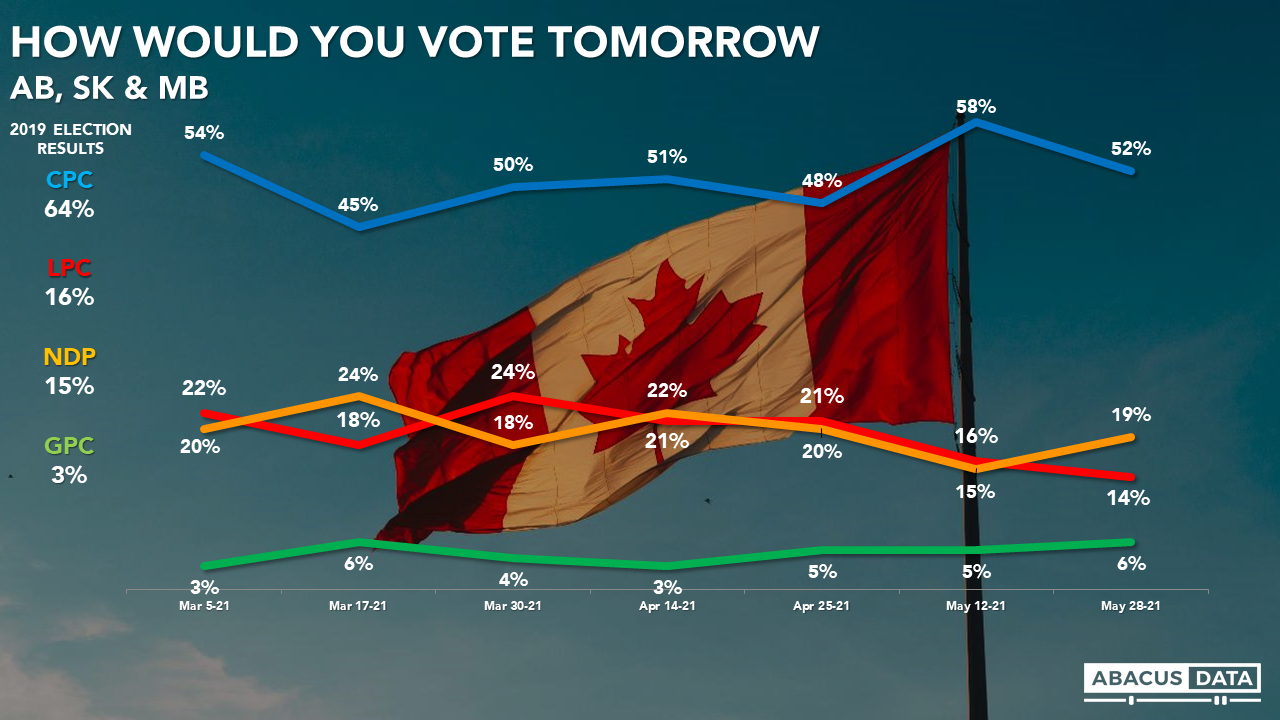 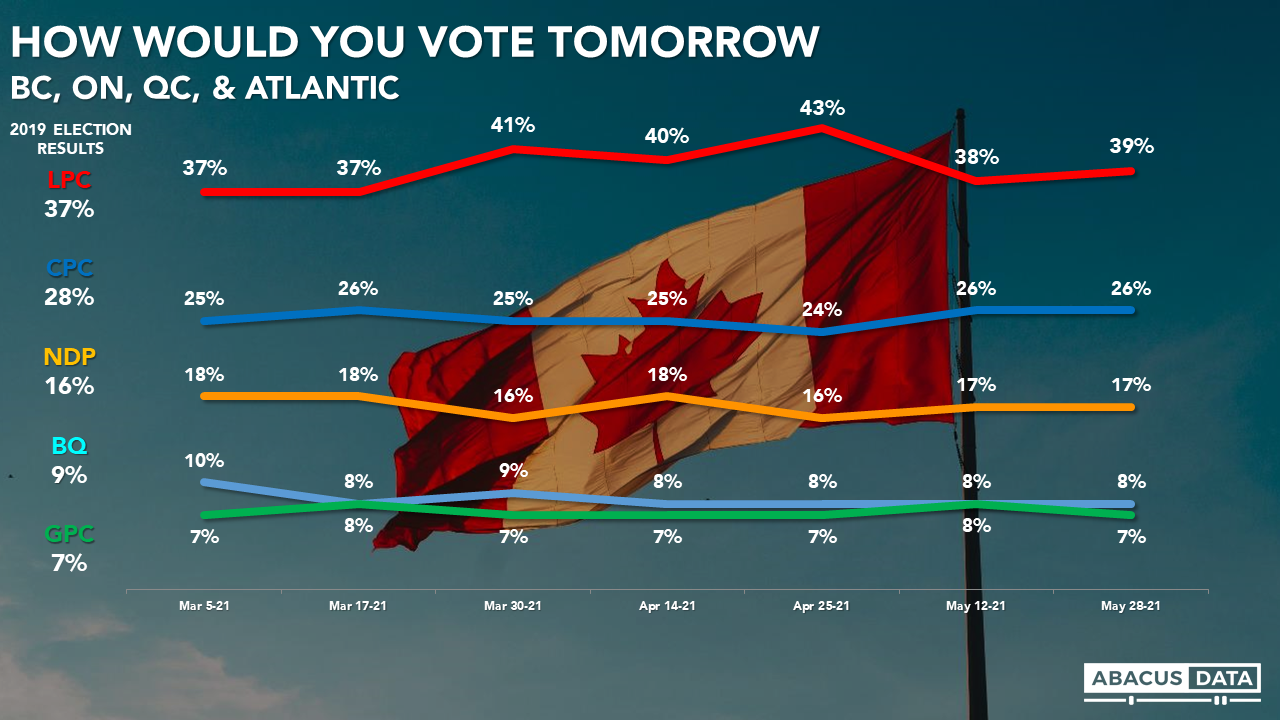 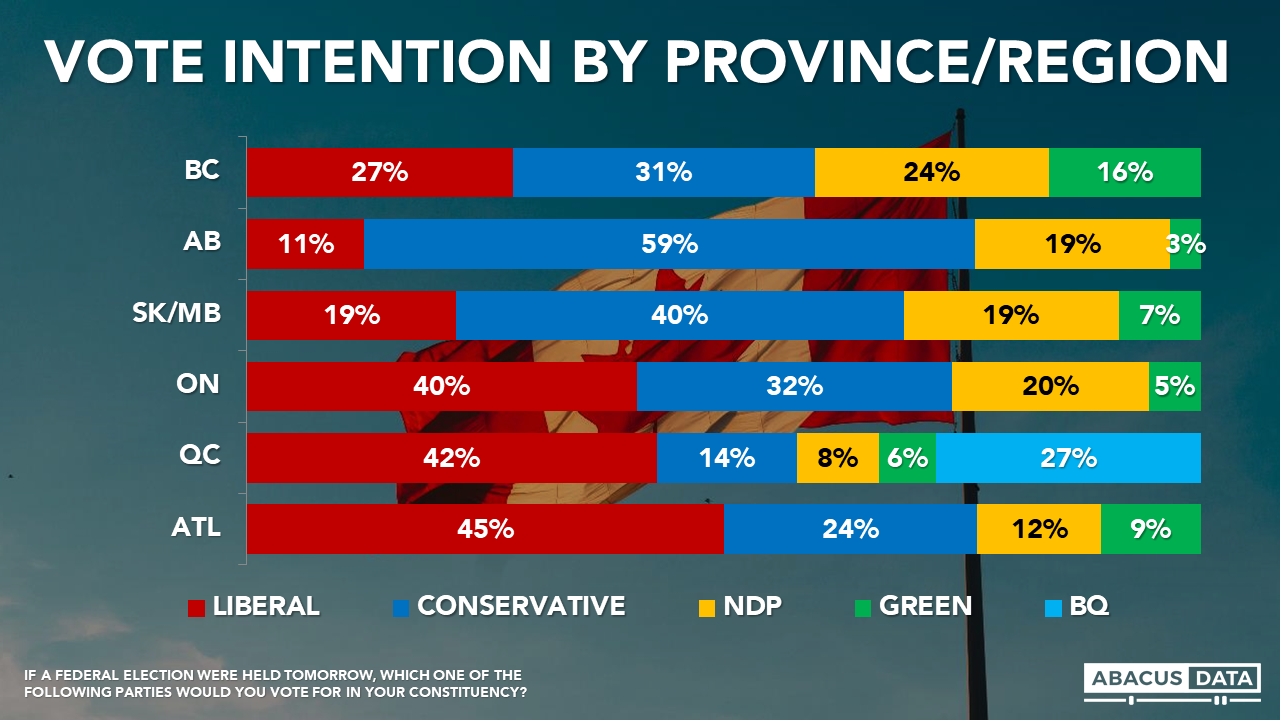 Asked which of the national party leaders they would like to see become Prime Minister after the next election, Mr. Trudeau is the choice of 33%, roughly doubling the number who pick Mr. O’Toole (18%) and Mr. Singh (16%).

On this question, Mr. Trudeau leads Mr. O’Toole by 12 in BC, by 15 in Ontario, by 30 in Quebec and by 19 in Atlantic Canada. Mr. O’Toole leads Mr. Trudeau by 14 in the Prairie provinces, where his party enjoys a 38-point lead over the Liberals. 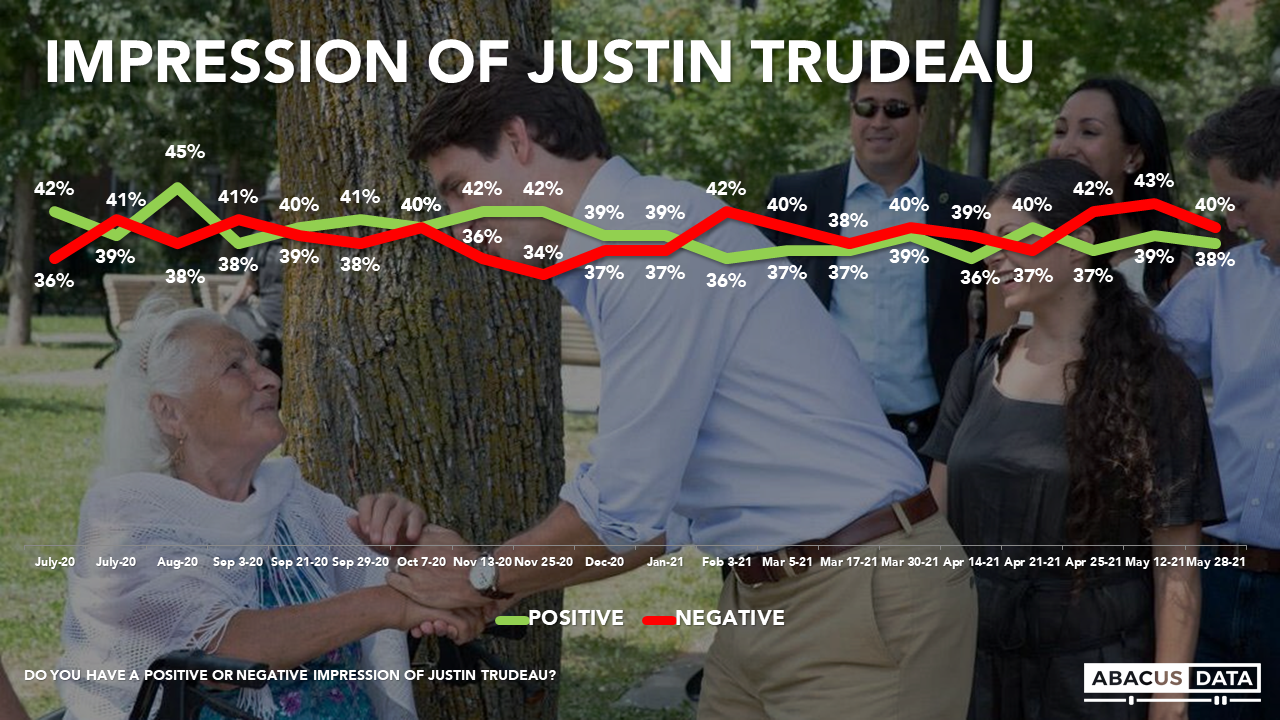 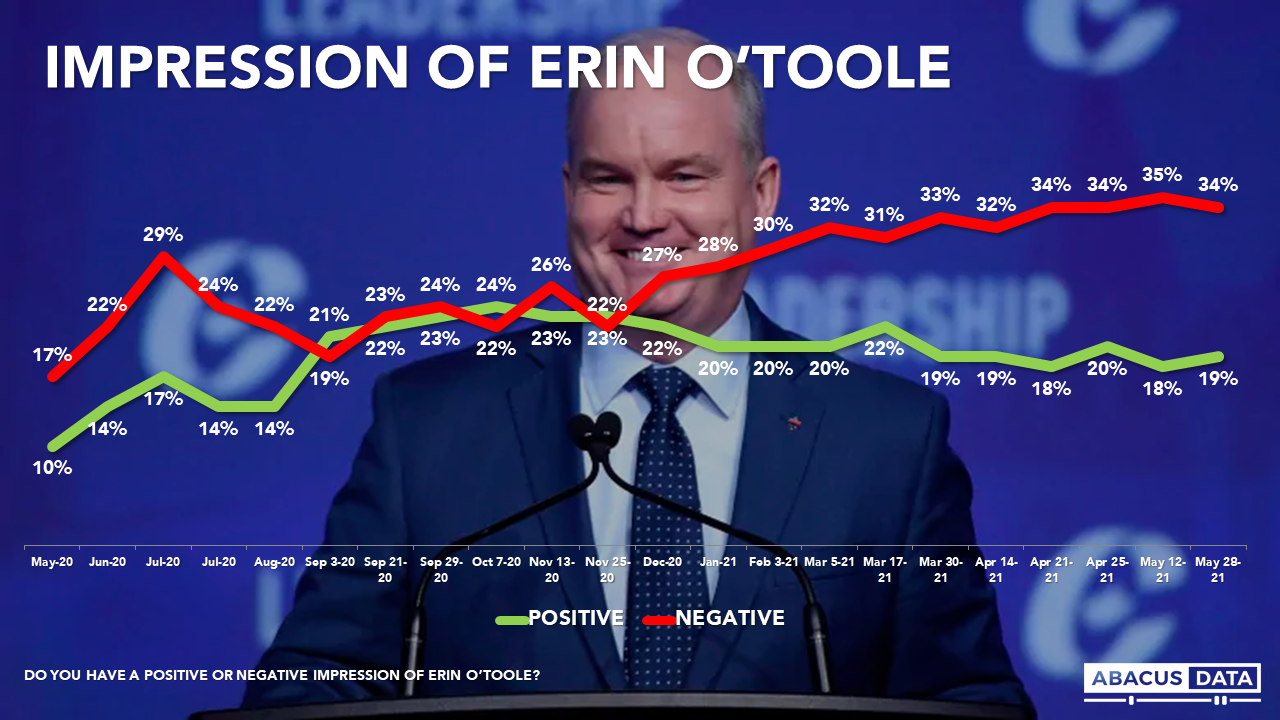 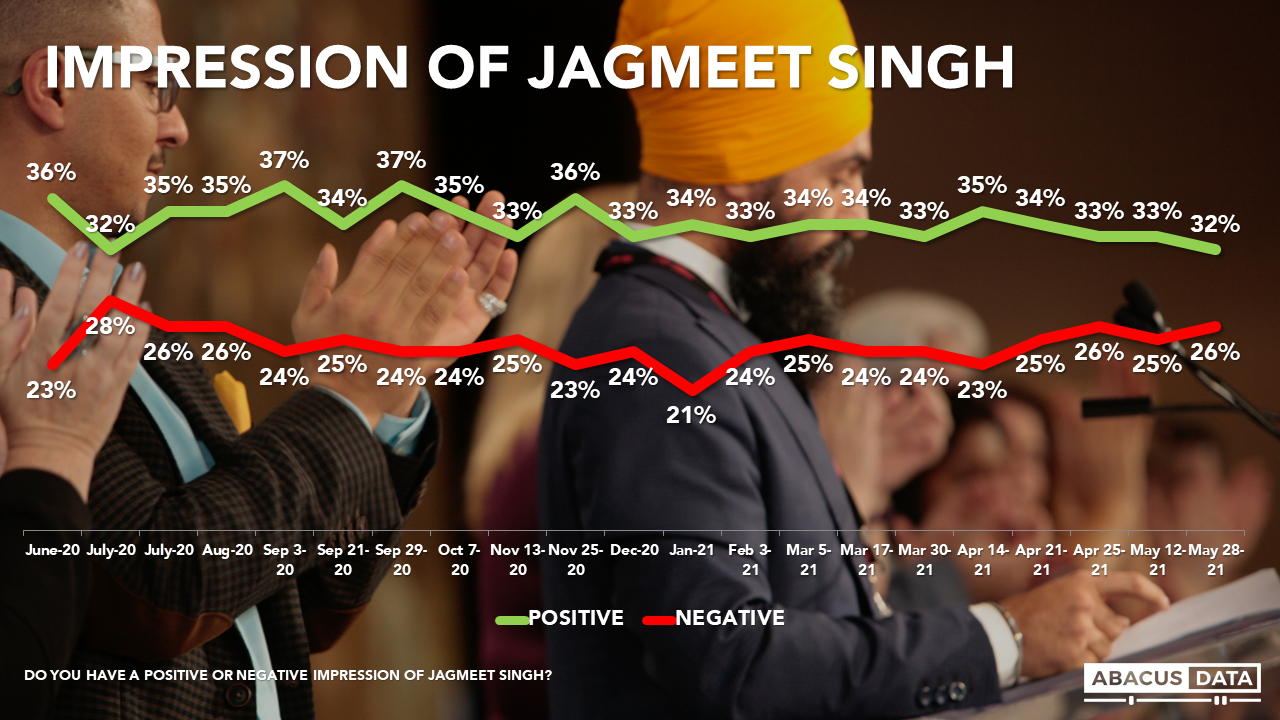 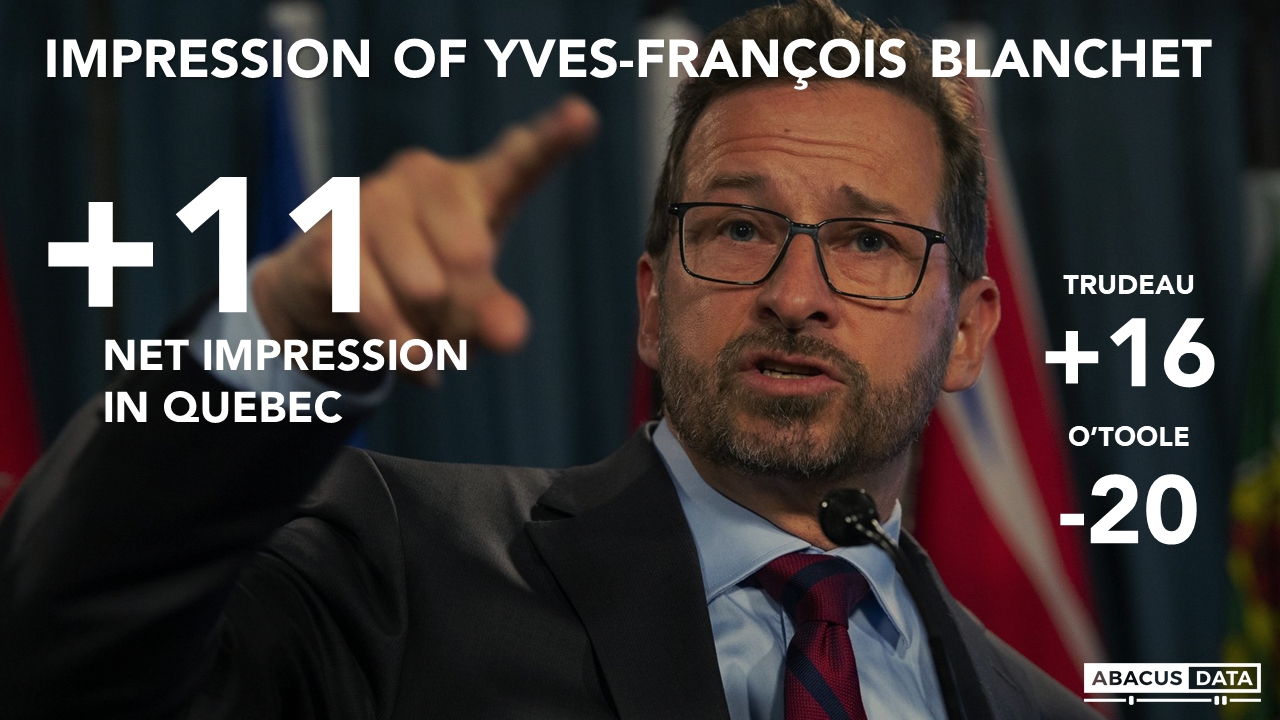 Mr. Trudeau leads on this question across most demographic groups, with a notable exception among women under 30, where he trails Mr. Singh. Mr. Singh is also notably competitive with Mr. Trudeau among women 30-44. 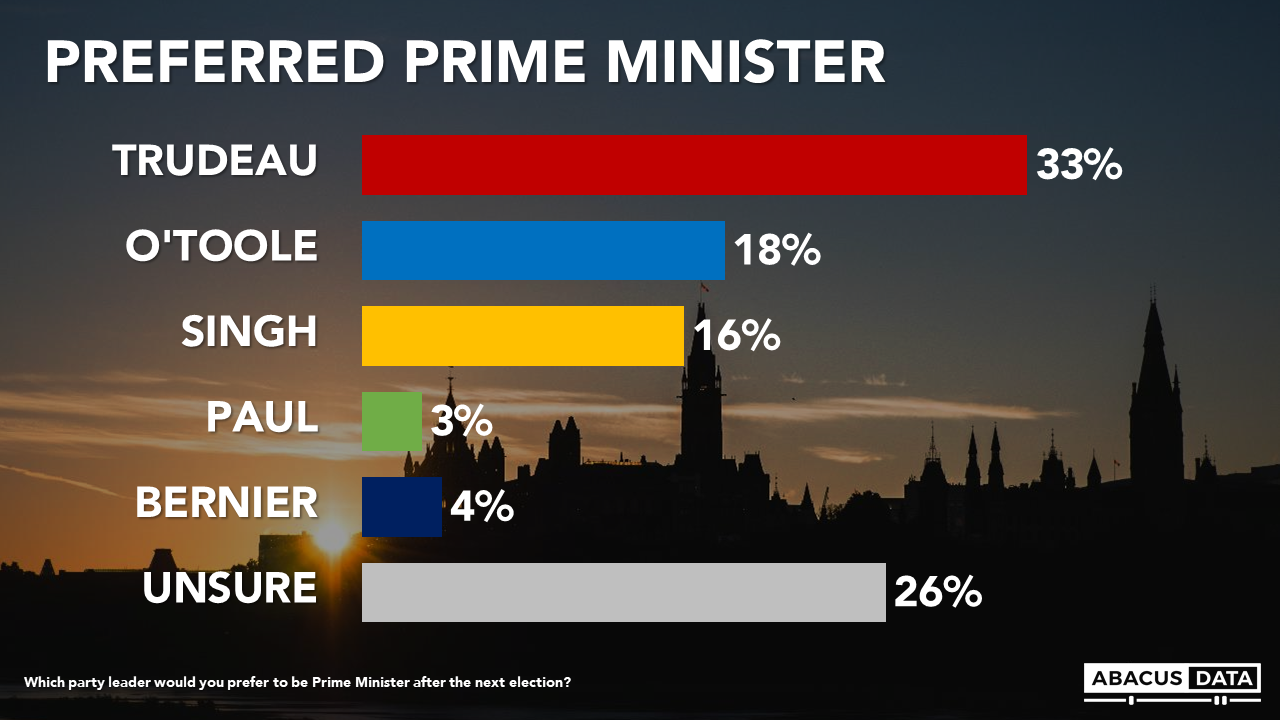 According to Bruce Anderson: “The pandemic continues to dominate Canadian politics and the mood is shifting noticeably for the first time towards a greater degree of optimism. There is no doubt that climbing vaccination rates are a big part of this shift. Our research on vaccines shows that as many as 93% of Canadians either want or can be persuaded to get a vaccination meaning that the country could achieve community immunity at a pretty good pace in the weeks and months ahead. Voters are not really thinking about an election and their political choices right now – so not too much should be read into the horse race numbers.

Having said that, the Liberals will want to note the vulnerability among younger women and the risk of losing some progressive votes to the NDP. For the Conservatives Mr. O’Toole may have stabilized his popularity ratings, but quite a bit of ground was lost in his initial months on the job. His net score of -1 in the Prairie provinces is unusually soft for a Conservative leader, and with a -19 in Ontario and -20 in Quebec, voters are signalling that they are hoping to see something different from the Conservative leader.”

According to David Coletto: “The mood of the country has shifted noticeably in a positive direction over the past few weeks. More think the country is headed in the right direction than at any point since June 2020 and optimism about the pandemic is at the highest levels since it started.

This renewed optimism hasn’t yet translated into political upside for the incumbent Liberals, but there remain well-positioned as the summer months begin. They have strong leads in Ontario and Quebec. Impressions of the government’s overall performance remain markedly more positive than before the last election in 2019, and the desire for change is 10-points lower now than it was the last time Canadians were asked to vote in a national election.”

The survey was conducted with 2,000 Canadian adults from May 26 to 28, 2021. A random sample of panelists were invited to complete the survey from a set of partner panels based on the Lucid exchange platform. These partners are typically double opt-in survey panels, blended to manage out potential skews in the data from a single source. 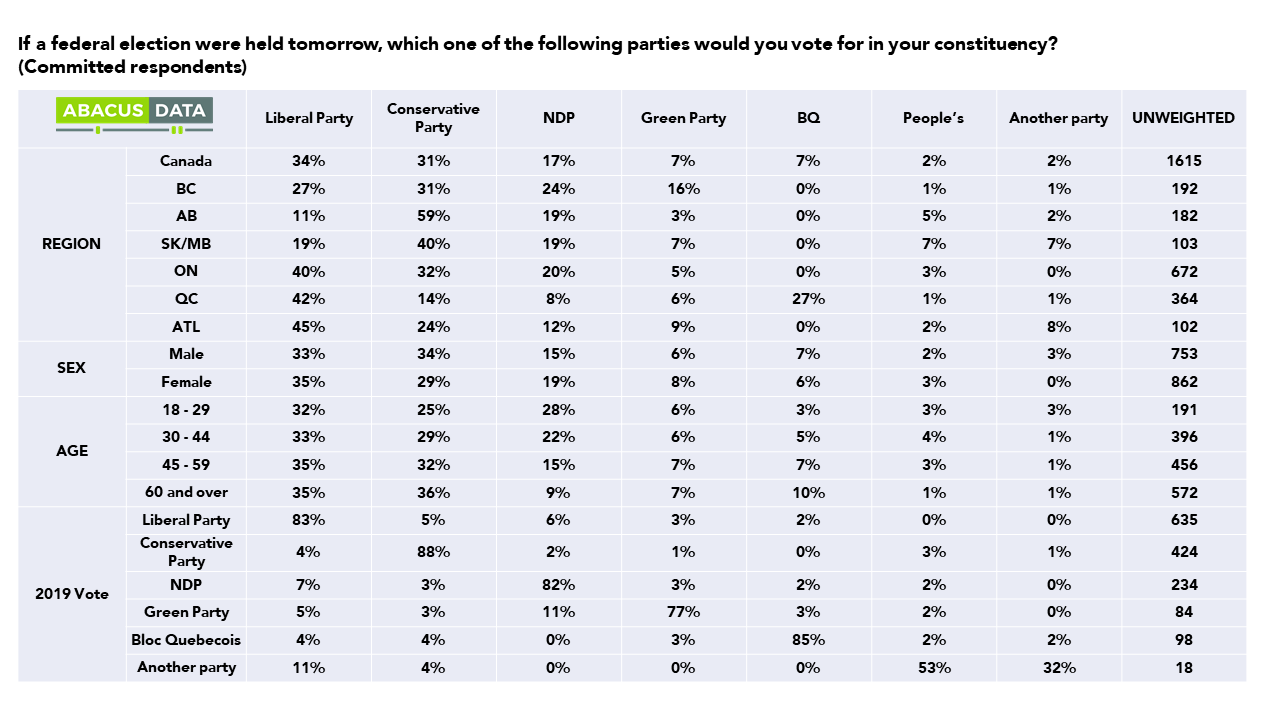