As Canadians may be asked to vote in a snap election resulting from an impasse between the government and opposition parties, we decided to get a quick reading directly from Canadians.

Between 5 pm and 9:30 pm ET last night, we surveyed 1,000 Canadian adults about the upcoming confidence vote, with the following preamble:

Tomorrow, MPs will vote on a motion to create a parliamentary committee that opposition parties want to probe the Liberal government’s pandemic response spending, such as the WE Charity controversy.

The Liberal government says they consider the vote a confidence vote, meaning if it passes, the government will have lost the confidence of the House of Commons and an election will be called.

About a third of those surveyed say they have been following this situation very or pretty closely. One in five Canadians (20%) hadn’t heard of it. The rest had only a vague recollection. Compared to our norms this indicates a relatively low level of public engagement so far. 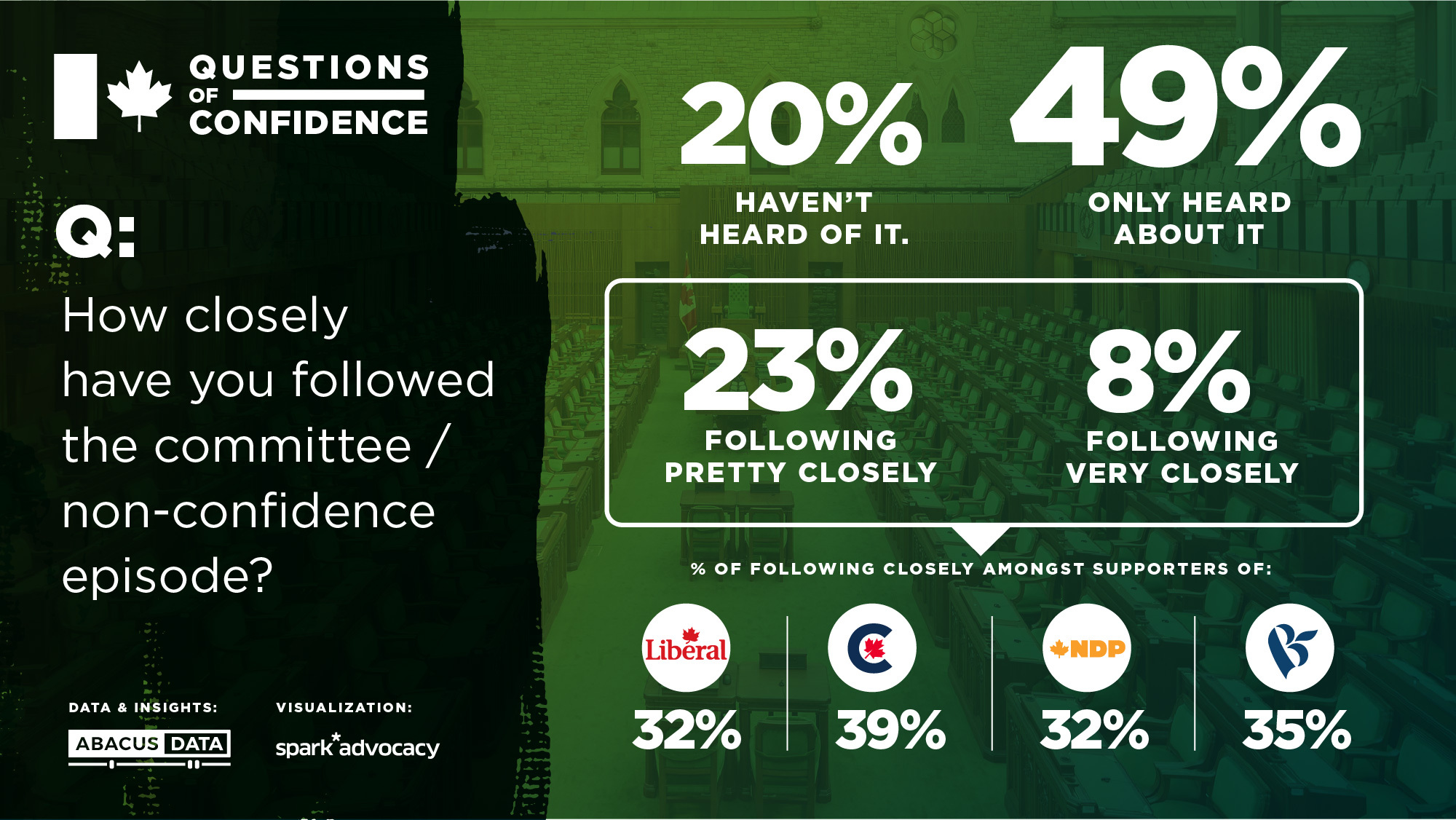 A majority (55%) of those surveyed would prefer to see the vote to create the committee passed and an election triggered. Just under half (45%) would prefer MPs act to prevent an election.

Conservative voters are broadly in favour (76%) of triggering the election, although 1 in 4 (24%) of them do not want this outcome.

Just over a third of Liberal supporters prefer to see an election, but 62% would prefer to avoid one at this time. For NDP leader Jagmeet Singh his voters are roughly evenly split with 55% preferring to avoid an election while 45% willing to go to the polls. 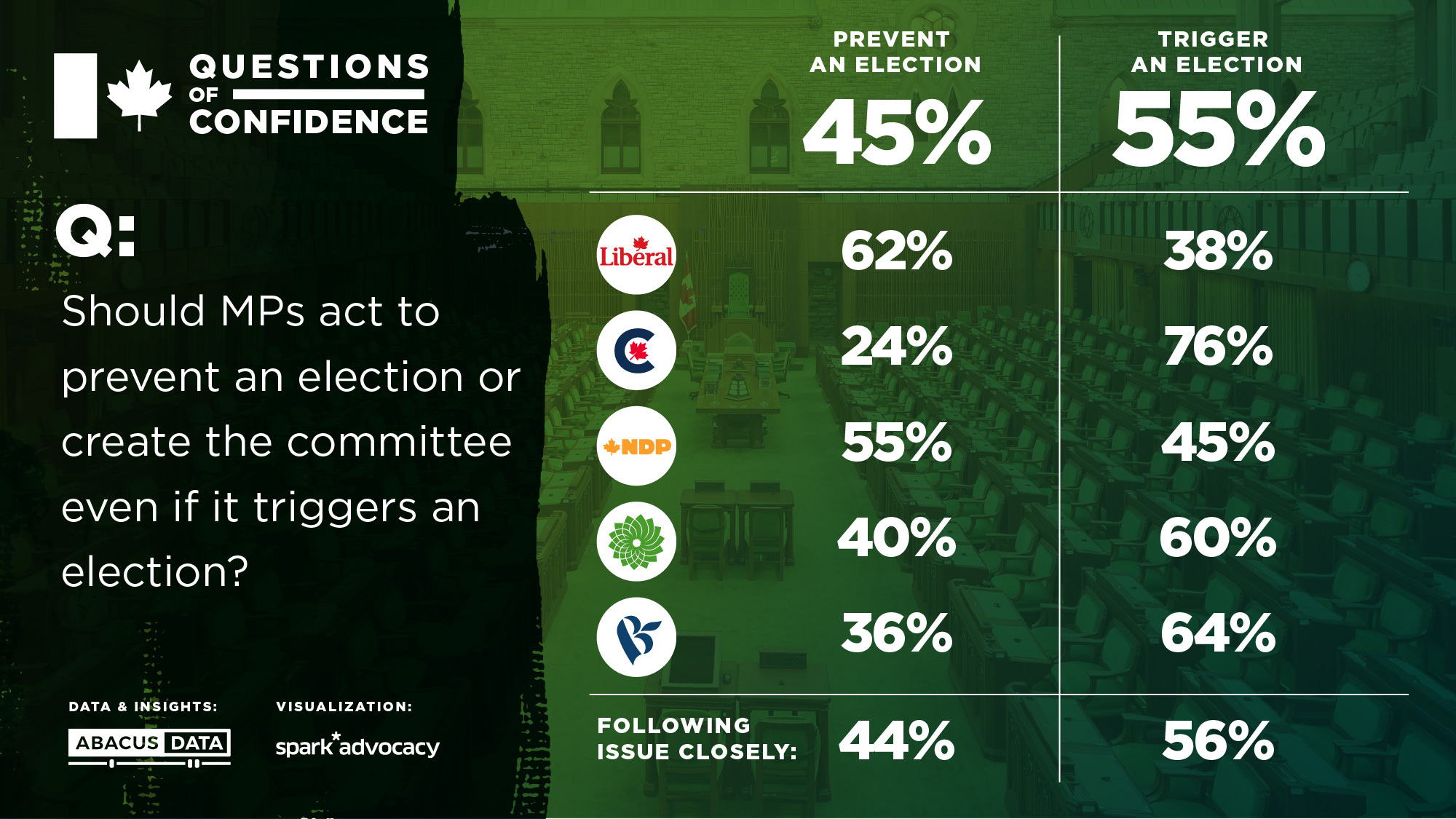 According to Bruce Anderson: “If an election happens as a result of this vote, it likely won’t turn out to be an election about WE expenses or the establishment of a parliamentary committee – Canadians seem a lot more preoccupied with the pandemic, the economy, climate change or a host of other issues. If the opposition parties decide to force an election at this time, they can expect a public willing to go to the polls, but perhaps not sure why this was needed in the context of the pandemic.”

According to David Coletto: “Canadians don’t collectively have a clear view on what should happen today. Just over half want MPs to vote for the Conservative motion to create the parliamentary committee, even if it sparks an election, while the other half think MPs should act to prevent an election. Conservatives are on one side while Liberals are on the other. NDP supporters are split.”

The survey was conducted with 1,000 Canadian adults on the evening of October 20, 2020. A random sample of panelists were invited to complete the survey from a set of partner panels based on the Lucid exchange platform. These partners are typically double opt-in survey panels, blended to manage out potential skews in the data from a single source.