As parts of Ontario re-enter a modified version of Phase 2 of COVID-19 protocols and restrictions, most Ontarians continue to approve of the job the Ford government is doing overall, although down from a high in May.

According to our new survey of 1,000 Ontario residents, 52% approve of the job of the provincial government led by Doug Ford while 24% disapprove. Since May, the Ford government’s approval is down 8-percentage points while disapproval is up 9-points.

The Ford Government’s approval is solid among PC voters (83%) and pretty good among Ontario Liberal voters (40% approve). NDP voters are the least likely to approve (28%) and most likely to disapprove. 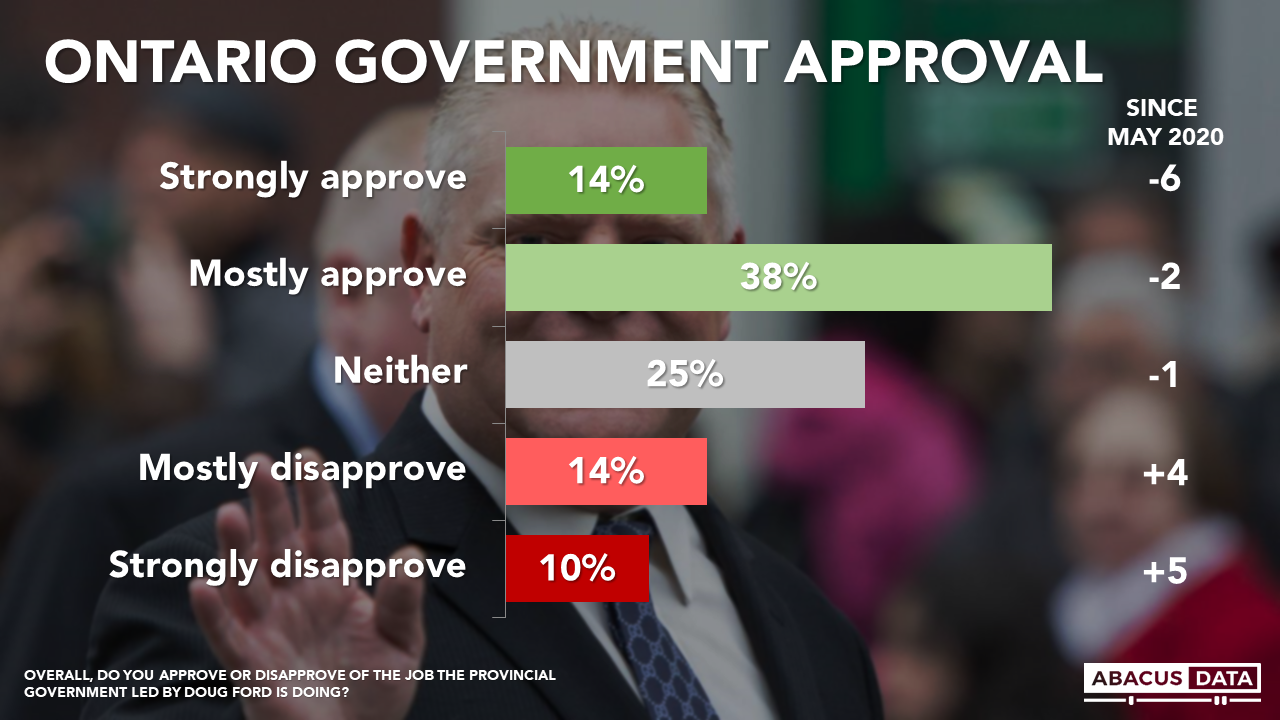 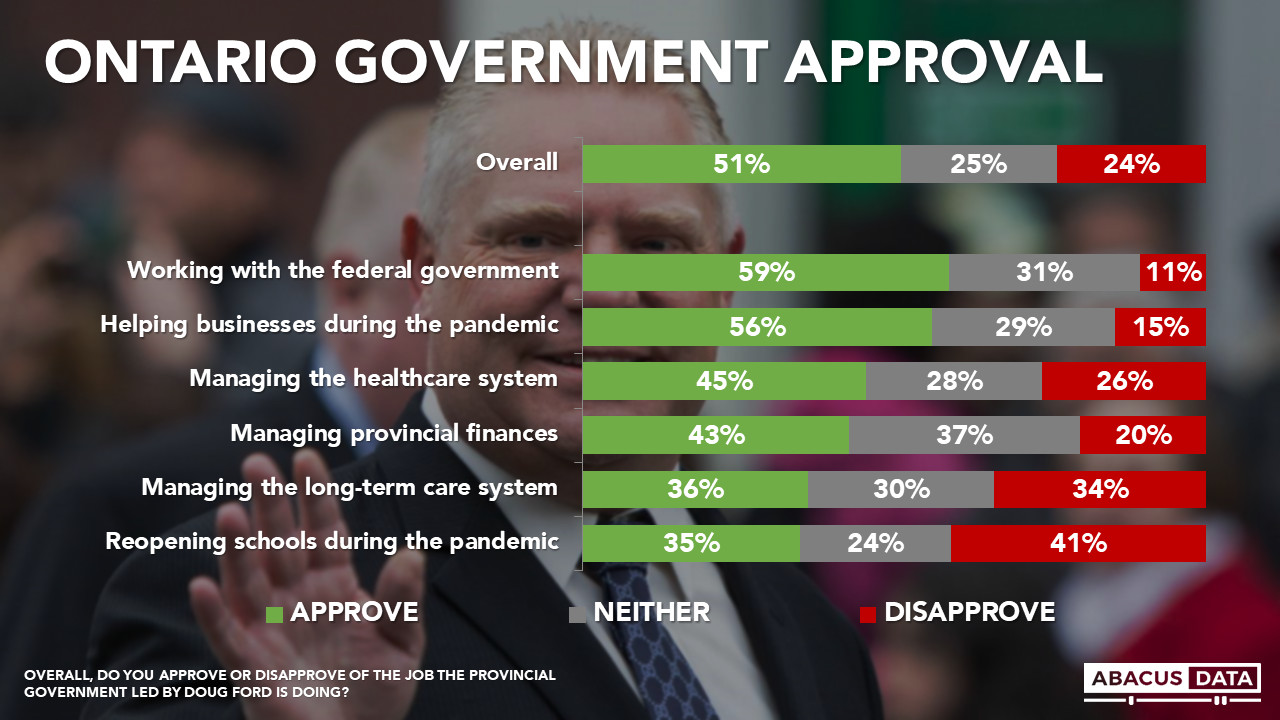 The Premier’s personal image is consistent with our last reading in May. 46% have a positive view of Mr. Ford compared while 28% have a negative view, mostly unchanged from our last survey.

Despite relatively a relatively positive approval rating, the Ontario PC vote share is below the share it received in the 2018 election, and substantially lower than its approval rating. 36% of decided voters would vote PC, followed by the NDP at 29% and the Liberals at 26%. Both the PCs and NDP are down from the 2018 election while the Liberals are up. 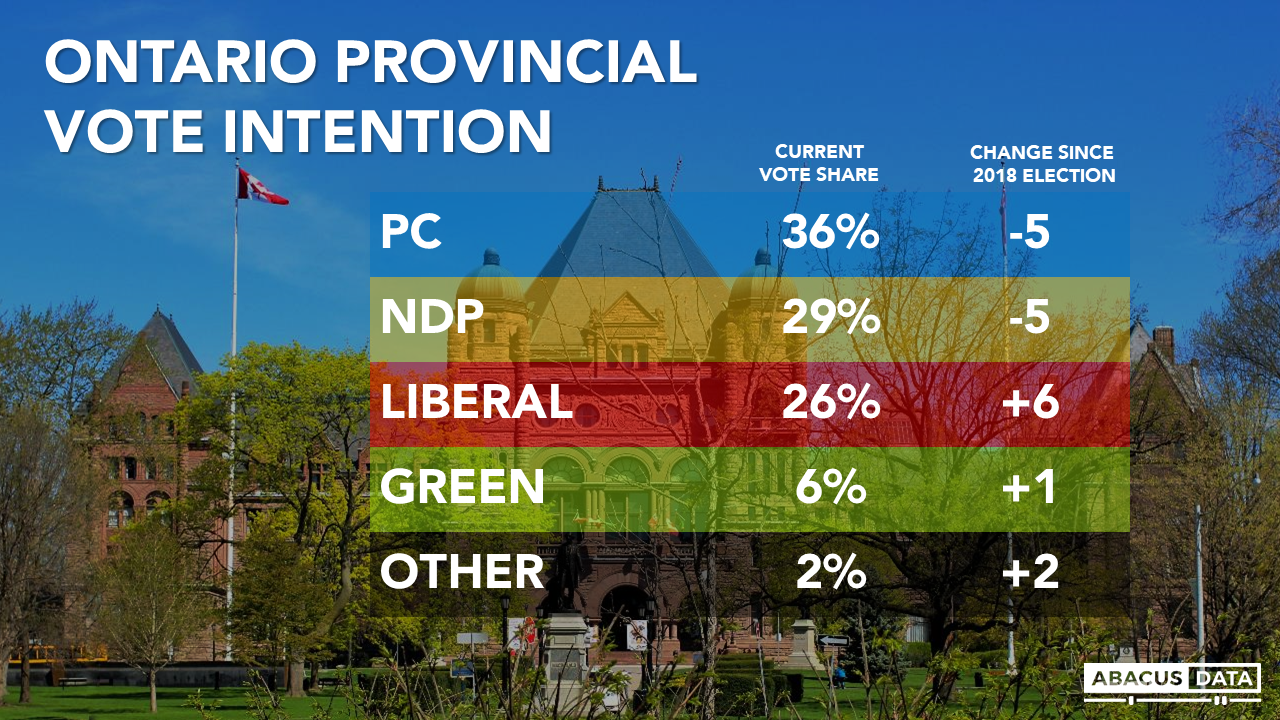 Regionally, there’s a three-way tie in Toronto, the PCs are slightly ahead of the Liberals in the GTHA, while the NDP and PCs are statistically tied in the southwest. The PCs have a healthy lead in eastern Ontario. 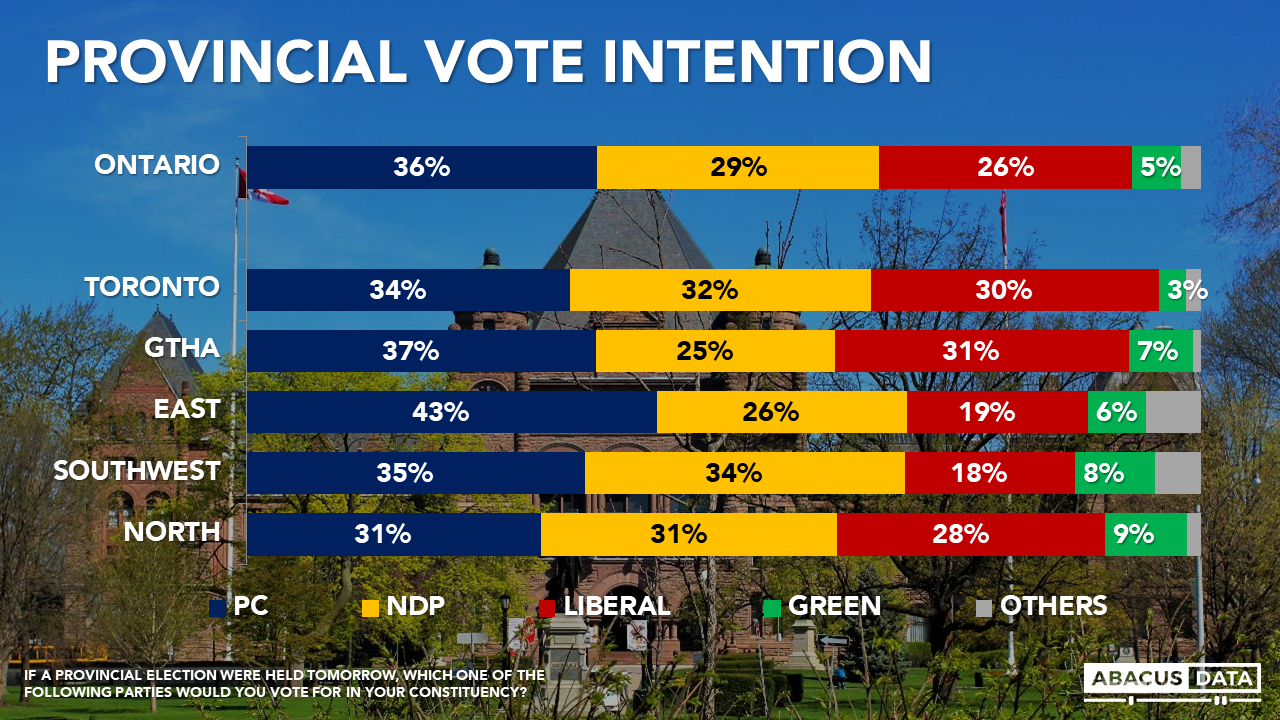 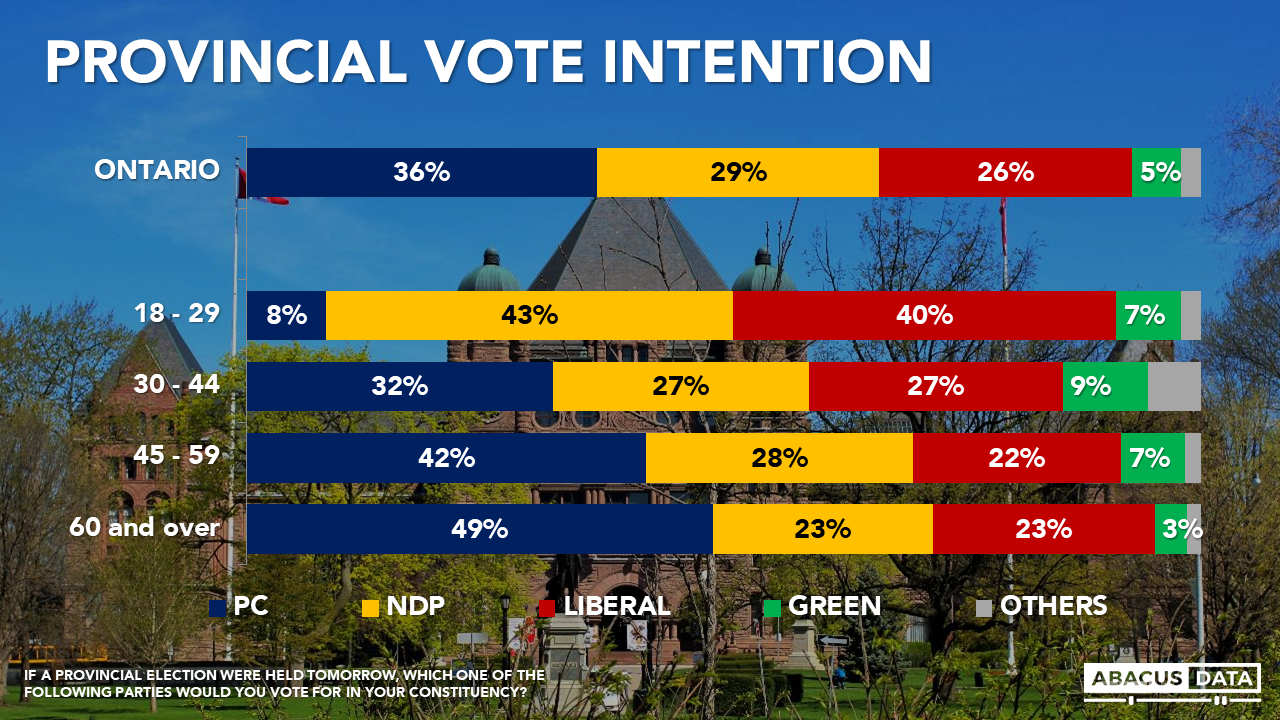 Ontario Premier Doug Ford continues to find broad approval of his government’s overall performance, although softness is emerging in its handling of some aspects of the pandemic.

Most Ontarians approve of his government’s working relationship with the federal government and its support for businesses during the pandemic. However, the government is perceived to be handling the reopening of schools and the long-term system care poorly.

This survey did not explore other potential areas of weakness that could include the government’s handling of COVID-19 testing, its speed in reacting to a second wave, and whether people think it puts people’s health above concerns about the economy. These are all areas of potential vulnerability for the provincial government that we will explore in the future and could be contributing to the downward pressure on the government’s overall approval rating.

We see some growing unease about the government’s performance which we will continue to monitor and explore in more depth in the future.

The survey was conducted with 1,000 adults living in Ontario from October 8 to 12, 2020. A random sample of panelists were invited to complete the survey from a set of partner panels based on the Lucid exchange platform. These partners are typically double opt-in survey panels, blended to manage out potential skews in the data from a single source.