Our latest national survey puts the Liberals ahead by 6 nationally – and with leads in BC, Ontario, Quebec and Atlantic Canada that would give them potential to win a majority if an election were held today. 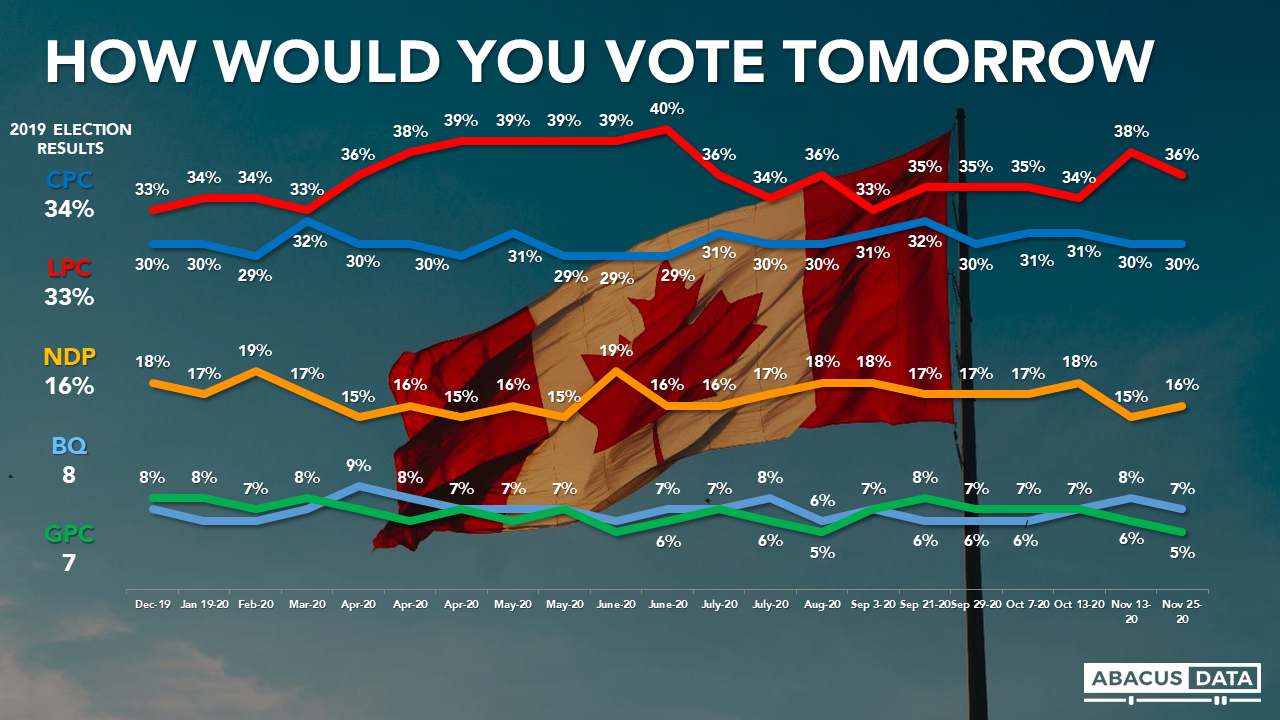 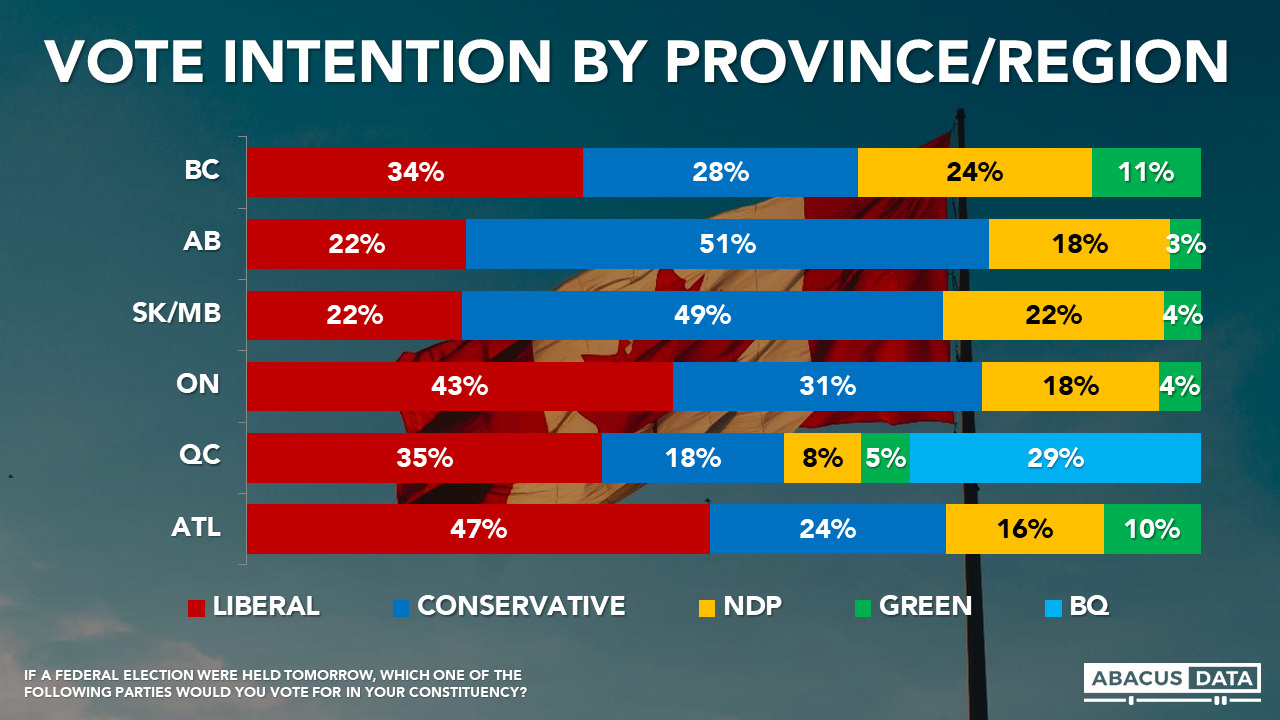 Approval of the federal government performance is +13 (48% approval – 35% disapproval). At the time of the last election, the Trudeau government was at -9, with 36% approval, and 45% disapproval. 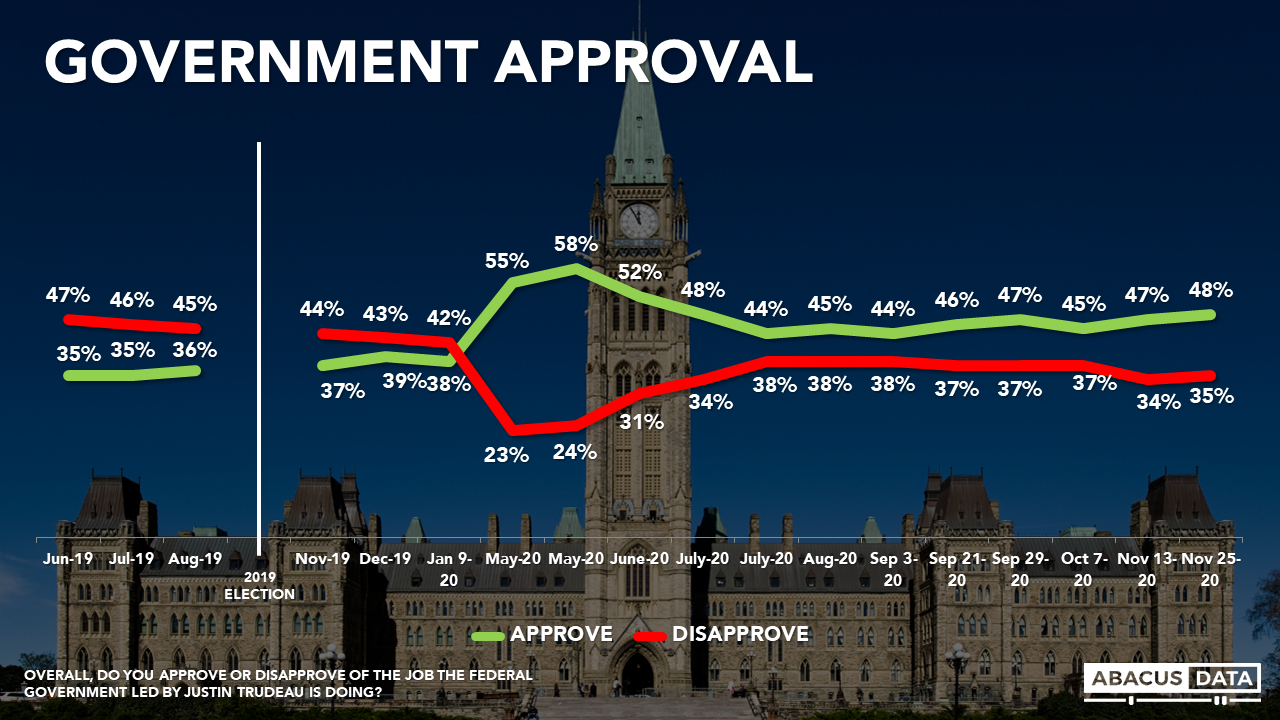 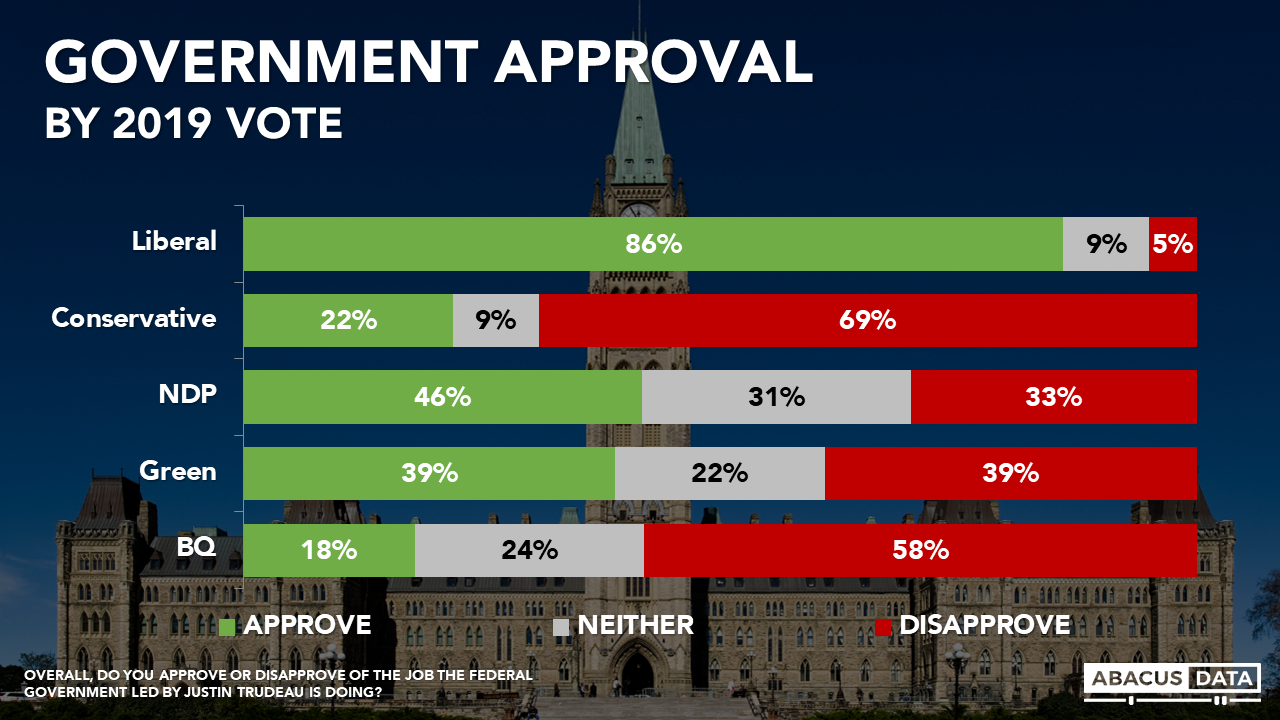 When it comes to the issues that are preoccupying the largest number of Canadians, a plan to deal with COVID-19 and a plan for the economy of the future are the top two, and COVID-19 concern has risen 6 points in two weeks. 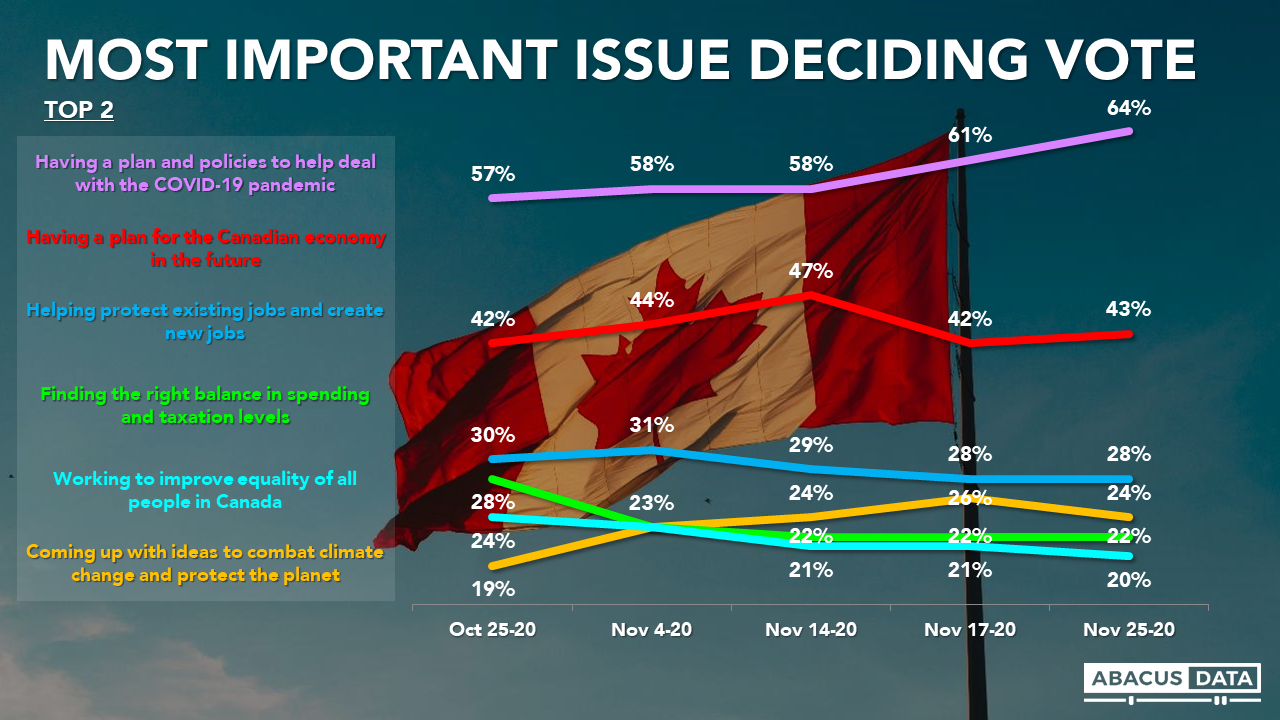 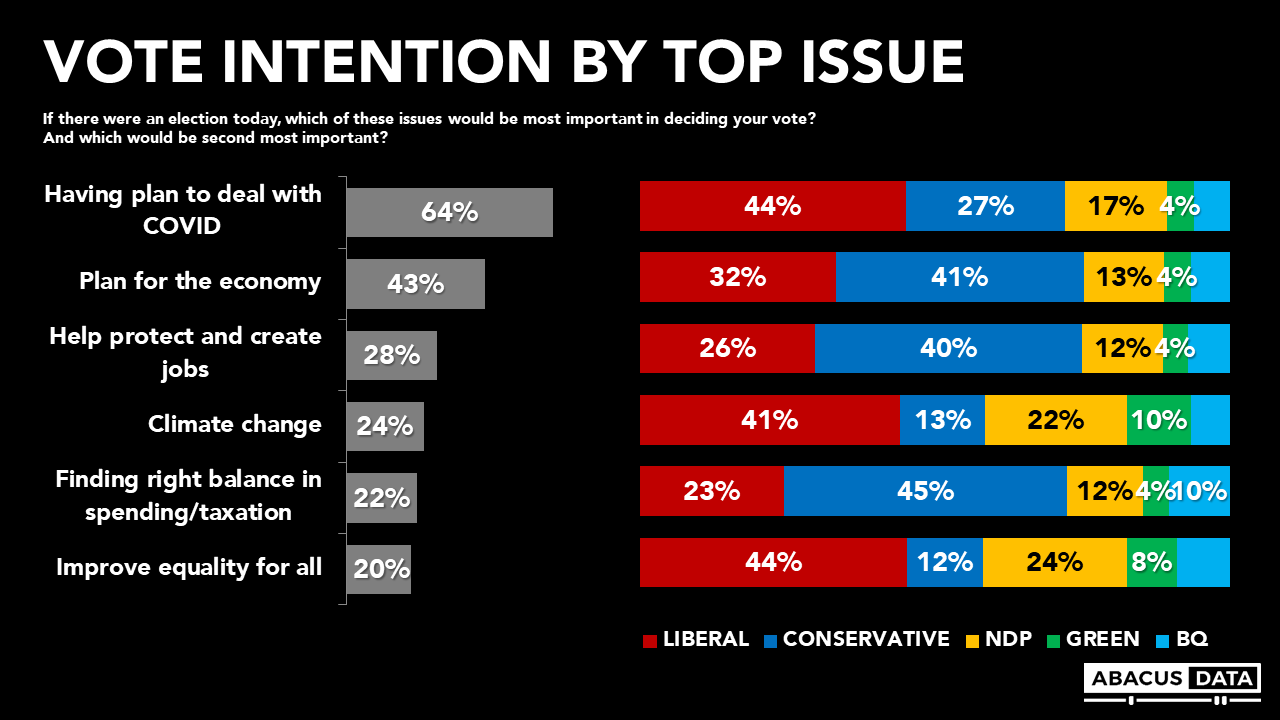 Impressions of the party leaders reveal: 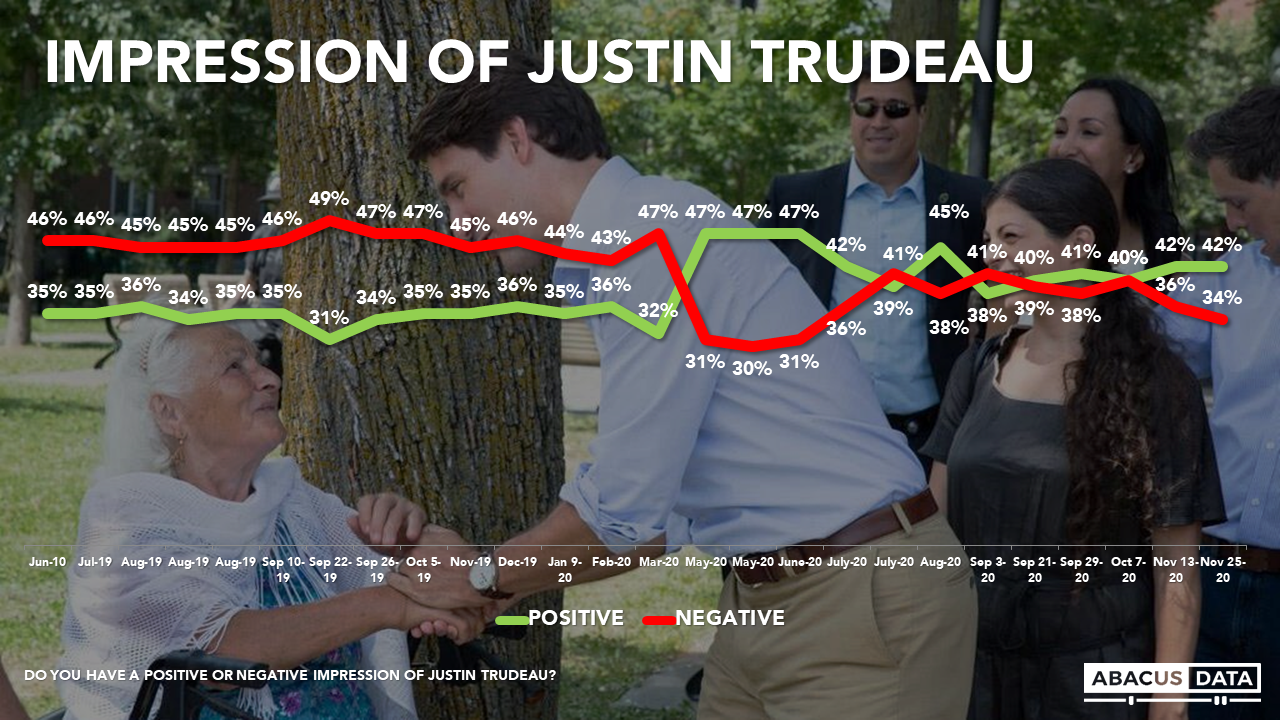 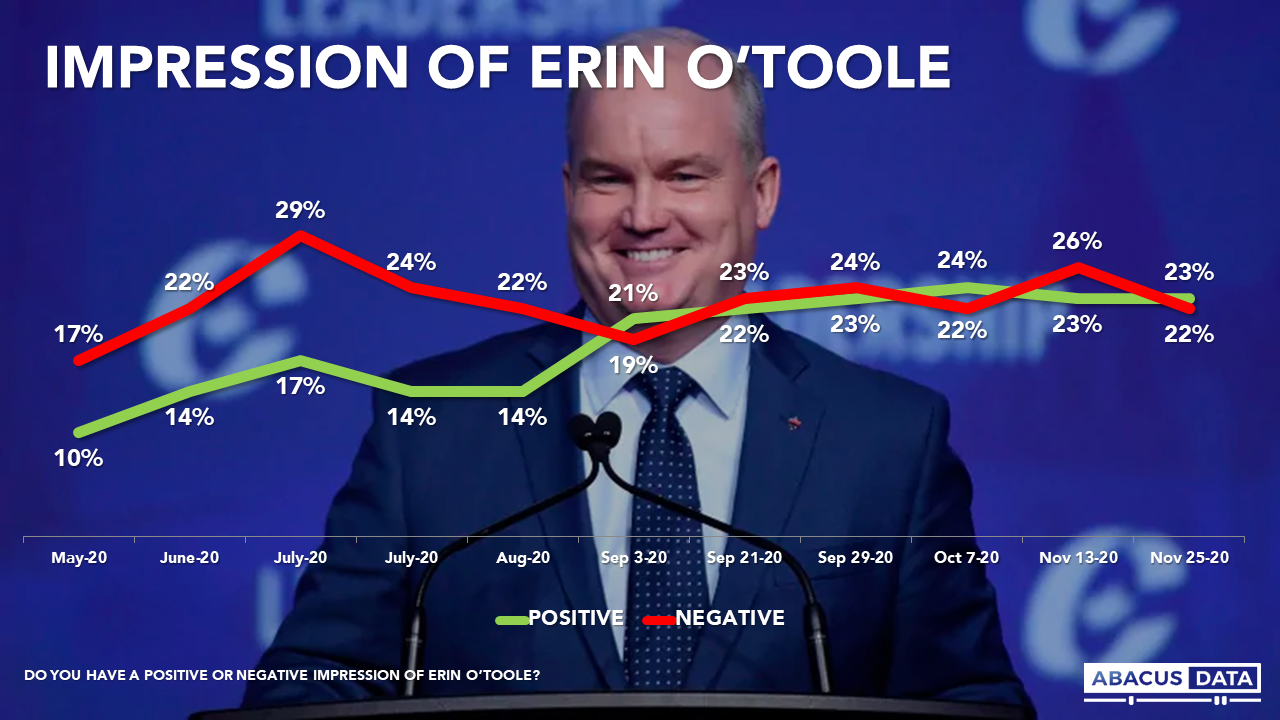 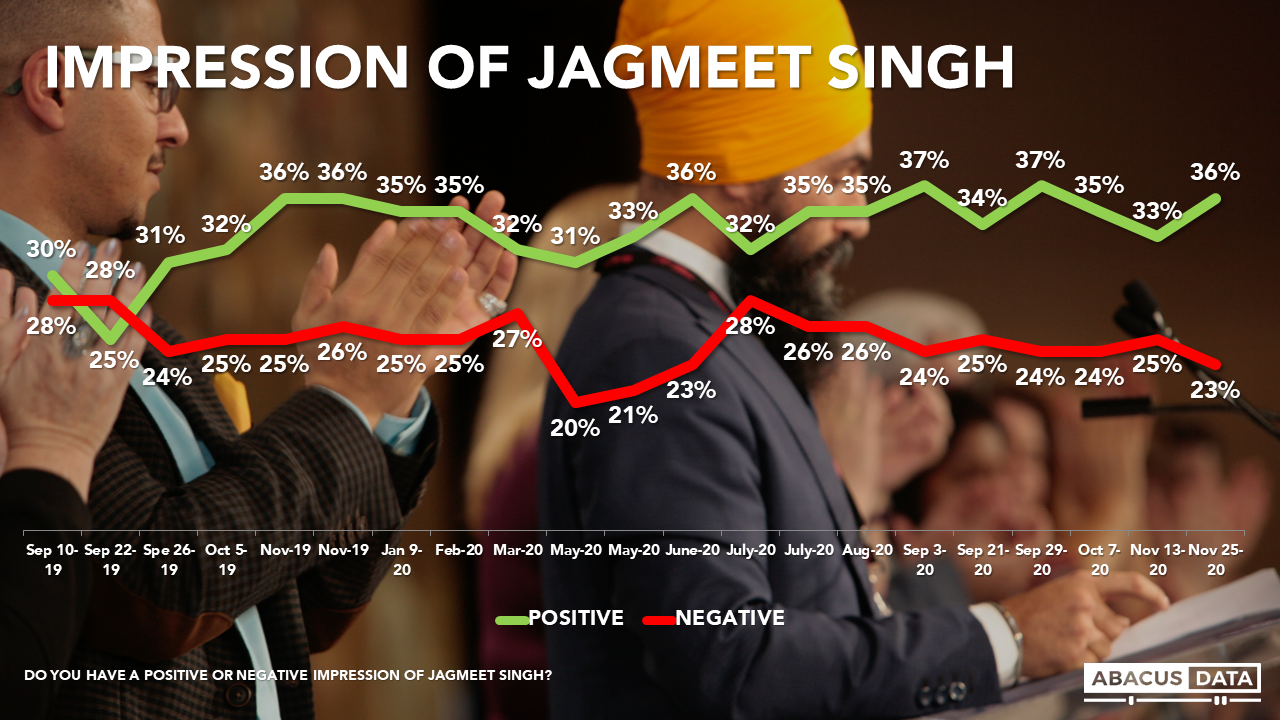 Looking at the results for Erin O’Toole after his first three months as Conservative Party leader reveals no change in overall impressions with equal numbers having a favourable opinion (23%) as unfavourable (22%). In Ontario and BC there has been no change. In Quebec, Mr. O’Toole’s negatives rose a bit from 18% to 24% and his positives rose slightly from 18% to 21%.

According to Bruce Anderson: “The Trudeau government is in good standing in terms of overall management and in dealing with the pandemic at the moment, but could be in a stronger position in terms of the public’s confidence on economic and fiscal matters. Finance Minister Freeland has an opportunity to help bolster that flank next week.

If opposition parties triggered an election now, the Liberals would enter it in better standing than they had in 2019, by a considerable amount.

The PM personally is holding a relatively good level of personal support especially in BC and Ontario, and in those provinces, Mr. O’Toole has not to date either been causing damage to Mr. Trudeau’s standing or building political capital for himself personally. Conservative messages on Covid-19 do not appear to be denting approval of the government or drawing interest in the Conservatives as an alternative – and their other major focus on China seems to be drawing limited public interest so far.”

According to David Coletto: “As Minister Freeland is set to share the Fall Economic Statement on Monday, our latest look at the political environment reveals the Liberals continue to govern with broad support from the public. The government’s approval rating remains above pre-election levels with close to 50% approving of its performance overall. The Prime Minister’s personal image is more positive than negative, and the Liberals have a six-point lead nationally over a Conservative Party that has been stuck around 30% since the 2019 election.

Almost two in three people say their top focus is the pandemic and will base their vote on a party’s plan to deal with it. Among this group, the Liberals lead by 17-points. Among those who rank an economic-focused issue as their top concern, the Conservatives have a lead. This gives us some insight into the impact of framing on a possible election in 2021. If it’s about COVID and COVID-response, the Liberals have the upper hand. If, on the other hand, it becomes framed around the economy, jobs, and fiscal policy, the Conservatives could be competitive and even win.”

The survey was conducted with 2,912 Canadian adults from November 16 to 24, 2020. A random sample of panelists were invited to complete the survey from a set of partner panels based on the Lucid exchange platform. These partners are typically double opt-in survey panels, blended to manage out potential skews in the data from a single source. 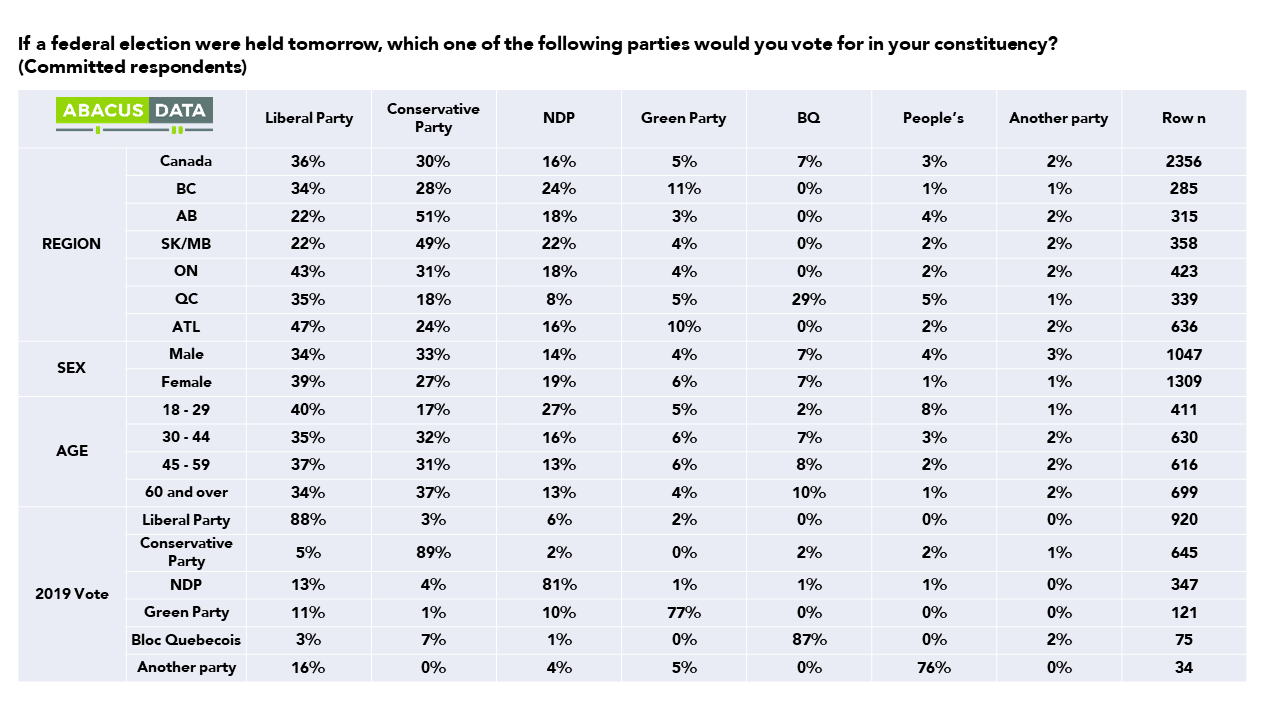